Yusuf, an aggressive wielder of the willow is completely opposite when dealing with animals.

The conclusion of Indian Premier League (IPL) also brings end to a gruelling season of cricket and most of the cricketers finally get their time off to spend it with their respective families and loved ones. After having a good season with Kolkata Knight Riders (KKR), star cricketer Yusuf Pathan decided to spend some valuable time with his family in the laps of nature at Sasan Gir forest.

Yusuf, an aggressive wielder of the willow is completely opposite when dealing with animals. He also has some pet animals and birds in his garden at his residence in Baroda. He is known to be an animal lover.

He posted some nice pictures of him and his family on Twitter from his official account and mentioned,” Good time out withe family@ Sasan Gir its always fun to be here!”

National Gir forest in Gujarat is among his favourite places where he prefers to spend time. He is also a great admirer of the huge Asiatic Lion which is found in Gir forest. He is seen with his son, Ayaan along with the Lions in the background. Yusuf’s younger brother Irfan replied to the image in jest, poking good hearted fun at his nephew. 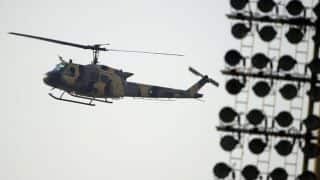