Yuvraj Singh turns 37 today and on the occasion of his birthday, has pledged to support the treatment of 25 children suffering from cancer.

Yuvraj Singh, the hero of India’s two World Cup victories, turns 37 today and on the occasion of his birthday, has pledged to support the treatment of 25 children suffering from cancer, belonging to underprivileged background.

Yuvraj famously battled cancer right after leading India to a memorable win at the 2011 ICC World Cup at home. For his four Man-of-the-Match performances during the event, he was also chosen as Player of the tournament.

ALSO READ: Yuvraj, the two-time World Cup winner who bounced back from cancer

“Today, I celebrate the precious gift of life after cancer,” Yuvraj said in a video posted on his Twitter handle on Wednesday. “Today I thank god for giving me the strength to defeat cancer. Today there are billions of people in this country who cannot afford the cost of this treatment. And it’s my mission to address the gap through my foundation YOUWECAN. Today on my birthday, I pledge to support treatment of 25 children from underprivileged families who are battling cancer through YOUWECAN.”

Today, on my birthday, I pledge to support the treatment of 25 children suffering from cancer, through my foundation YouWeCan. To know more and contribute, visit: https://t.co/lTRwEqLm4K @hazelkeech @YUVSTRONG12#TogetherWeCan #FightCancer pic.twitter.com/1NvCpaSiMH

Throughout the 2011 World Cup, Yuvraj battled with health issues. Unknown to anyone, a tumour had developed in his left lung. He continued to play until the end of the year when it was diagnosed as a malignant growth.

Yuvraj flew to the United States of America for treatment in early 2012. Through his ordeal, he took inspiration from Lance Armstrong, the cyclist who overcame cancer to win the Tour de France numerous times. Only months after his chemotherapy cycles, Yuvraj returned to the Indian side and made his comeback during a T20 against New Zealand in September 2012. Since his comeback, Yuvraj has been a part of cancer awareness drives, which includes his own initiative named YOUWECAN. 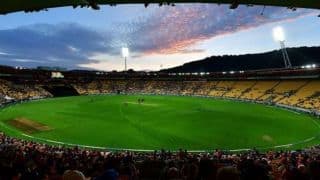