Zaheer Khan: 10 Most Significant Spells of His Career

Zaheer Khan: 10 Most Significant Spells of His Career

Being elemental in most of India’s stand-out wins during his period of play, ‘Zak’ remained the leader of the bowling attack and ‘Mr Dependable’ for a long, long time.

As Zaheer Khan announces his retirement from all international formats of the game, Paulami Chakraborty looks back at the most amazing spells of his glorious bowling career.

October 3, 2000, Nairobi’s Gymkhana Cricket Ground saw a blue-jersey clad right arm pacer make his debut for his nation. One of the major tournaments of that year as all the prominent cricket playing nations took part in the clash, the pressure was itself enough to compel someone to go nervous and make mistakes. The additional pressure was the home-side playing the match, with all the support from the crowd. Surviving all of it, or we should say overcoming without a problem, the boy went on to discard three players of the opponents adding three wickets to his credit on his international debut.

Who knew that this boy would grow up to a man who would change the definitions of pace bowling in India? No one, not even Zaheer Khan himself. Being elemental in most of India’s stand-out wins during his period of play, ‘Zak’ remained the leader of the bowling attack and ‘Mr Dependable’ for a long, long time.

After stunning the world with his debut match performance against Kenya in the latter’s backyard, Zaheer produced another substantial performance against an Australian team that can give nightmares to any bowler. While the win over the Aussies was a combined effort, Zaheer along with Venkatesh Prasad and Ajit agarkar took two wickets, the important wickets of Adam Gilchrist and Steve Waugh. With the good bowling performance, India defended their total of 265 successfully by 20 runs.

The moment that has been replayed countless times — Sourav Ganguly removing his jersey and spinning it after lifting the 2002 Natwest Trophy at the balcony of Lord’s cricket ground won’t have been quite possible without Zaheer. Zak gave the Englishmen their first shock as he dismissed opener Nick Knight. But the real shocker was the one of Andrew Flintoff who had made 40 off just 31 balls. He also bagged Michael Vaughan’s wicket and restricted the home team for 325. Though Mohammad Kaif remained the man of the match, Zaheer hit the winning runs as India won a historic contest at the prestigious ground.

The tournament that established the new Indian cricket team as a strong entity in the arena of world cricket was  the ICC World Cup 2003. With a bunch of new talents, team India was cruising towards the final, and everyone contributed their bit including Zak. One of the most astounding spells bowled by him in that World Cup was against New Zealand. Zaheer took four wickets for 42 runs, removing opener Craig McMillan for a duck. He also dismissed Brendon McCullum, Nathan Astle and Chris Harris as India restricted the Kiwis for a mere 146, which was chased down easily by Indian top and middle order in 41 overs and won the super sixes face off.

Zaheer emerged as a saviour in the Pataudi Trophy in the year 2007 as he restricted the England team in their home ground to a modest total of 198 in the first innings, taking 4 major wickets including the ones of Andrew Strauss, Michael Vaughan, Ian Bell and Monty Panesar. In the second innings, he bagged 5 wickets making Alastair Cook and Paul Collingwood his new catches. He was handed the Man of the Match trophy and India won the game and the series, with the remaining matches ending in draws.

The only fifer in Zaheer Khan’s ODI career came his way during Sri Lanka’s tour of India in the 2006-07 season. Legendary Sanath Jayasuriya seemed troubled by the uncanny swing attack and gave away his wicket while Jayawardene and Sangakkara followed him. The Sri Lankan team was bundled up in 230 and India easily chased the runs, Zak got the well deserved man of the match.

It was the final game of the two-match Test series of India’s tour of Bangladesh 2010 and India had already won the first one. Though the pressure was a bit less but the home-side advantage was still with Bangladesh and that they were eager to win the match to level the series was prominent from their body-language. Bangladesh won the toss and elected to bat first in search of a big total but Zaheer removed opener Tamim Iqbal in the second over of their innings.

Bangladesh kept on throwing wickets not being able to recover from the shock as Zak again took the wicket of Junaid Siddique who was the no. 3 batsman. Zaheer’s final catch of the innings had been skipper Shakib Al Hasan, who was amongst the few who reached double digits. Bangladesh put up a total of 233 while India declared their innings at 544. In the third innings, Tamim Iqbal was batting on 151 but it was again Zaheer who found a breakthrough. He went on taking wickets and by the end of the innings he had 7 wickets. All the effort helped India win the match and the series as Zaheer Khan was announced the Man of the Match as well as the series. This was Zaheer’s only 10 wickets haul in Tests.

One of the most prestigious trophies that India play is the Border-Gavaskar trophy. The 2010 edition of the tournament was memorable for several reasons, one of which was Zaheer’s 8-wicket haul. He gave an early breakthrough to the Indian side by dismissing Simon Katich. Michael Hussey also fell prey to the his bowling action and Zaheer got a total of 5 wickets in the first innings despite which Australia put up a total of 428, thanks to the 126-run contribution from Shane Watson. India made 405 in the second innings of the match and the game continued letting Zaheer take 3 more wickets in Australia’s next innings. Eventually, India won the match and Zaheer was announced the Man of the Match.

The 2011 ICC Cricket World Cup that India ended up being victorious in has to be one of the most cherished memories of every Indian cricket fans. The road to success would have not been easy if India’s leading wicket taker for the season had not given the best he could. One of the best spells of that tournament has to be the one against West Indies. Batting first, India had put up a total of 268 runs which could be chased by the West Indies. The latter started their innings with a blow following a 34-fun opening partnership, but then Devon Smith went on scoring and adding to the scoreboard. Besides removing Ramnaresh Sarwan and Sulieman Benn, Zaheer assured the triumph by taking Smith’s wicket. India won the match by a huge margin of 80 runs to add a boost to their confidence.

A complete thriller that had both the teams on their nerves was the one between India and South Africa in the ICC World T20 2012. India had to beat South Africa by a certain margin to qualify for the next round of the event and South Africa were determine to register their prestige win. In the first innings, India got to bat as only Suresh Raina scored a mentionable 45 totalling the score to 152. Zaheer brought India the first breakthrough and what exactly was expected from him as he got Hashim Amla, the Proteas opener, for a duck. He later on took Farhaan Behardien and Robin Peterson’s wicket and emerged as India’s best bowler for the match. However, India failed to qualify further.

His bowling brilliance reflected in his crucial spells in Indian Premier League(IPL). His best performance in the IPL came in the year 2013 when he played for Royal Challengers Bangalore(RCB). In the home match against Chennai Super Kings, Zaheer scored 4 for 17 runs, removing all the crucial players including Michael Hussey, Suresh Raina, MS Dhoni and Ravindra Jadeja.  RCB won the thrilling match by 24 runs. 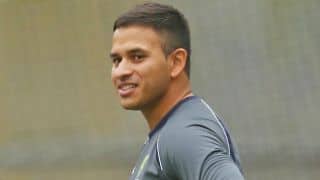