Virat Kohli and Dinesh Karthik came to India's rescue with an unbeaten 60-run partnership off 39 balls.

Captain Virat Kohli smashed an unbeaten 61 to steer India to victory with two balls to spare in the third and final Twenty20 against Australia on Sunday, ensuring the series ended all square.

Opting to bat first in the third T20I against India, Australia openers Aaron Finch and Darcy Short added 68 runs. Short and the Australian captain combined to score nine boundaries to set the platform for a big total.

The breakthrough was provided by Kuldeep Yadav, who removed Australia captain Finch for 28 as he attempted to fine paddle the ball, but top edged it to Krunal Pandya at short fine-leg.

Krunal was then introduced into the attack and the allrounder registered career-best figures of 4 for 36. Krunal s figures was the best by a spinner in T20 Internationals in Australia going past Glenn Maxwell, who owned the record earlier. He dismissed Short, Maxwell, Ben McDermott and Alex Carey to steal Australia’s momentum.

At 131/6, Marcus Stoinis and Nathan Coulter-Nile added valuable 33 runs off 16 balls. Coulter Nile hit three boundaries to remain unbeaten on 13, while Stoinis contributed with a 15-ball 25 to guide Australia to 164/6.

India, in reply were off to a brisk start. Openers Shikhar Dhawan and Rohit Sharma took apart the Australian attack and brought up India’s fifty in just 4.4 overs. Dhawan struck six fours and two sixes as India took 20 runs each off two consecutive overs inside the Powerplay.

Australia struck back in time to remove Dhawan and Rohit in quick succession. Mitchell Starc got the breakthrough getting Dhawan out lbw, followed by Zampa cleaning up Rohit the next over without a run being added.

Australia’s spinners made life tough for Indian batsmen in the middle overs. Maxwell removed KL Rahul for 14, out caught at long off, while Rishabh Pant was out for a first-ball duck. At 108/4, Australia were on top.

Virat Kohli and Dinesh Karthik came to India’s rescue with an unbeaten 60-run partnership off 39 balls. Kohli registered his 19th T20I fifty, with Karthik, who remained not out on 22 off 18. Kohli struck back-to-back boundaries off the last over bowled by Andrew Tye and got India over the line, ensuring that the series finished at 1-1. 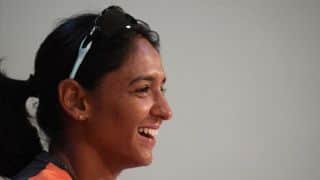 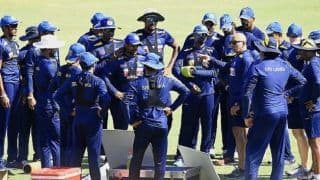