Cheteshwar Pujara, born on January 25, 1988, is one of India’s most solid batsmen in recent times.

Cheteshwar Pujara, born on January 25, 1988, is one of India s most solid batsmen in recent times. With an impeccable technique and calm temperament, Pujara is quite different from the modern cricketer.

Nishad Pai Vaidya picks 10 things you should know about Pujara.

Pujara grew up in a cricketing family in Rajkot, Gujarat. His father Arvind represented Saurashtra in the late 1970s. His uncle Bipin was also a cricketer and had represented India schools.

Open Magazine quoted Pujara s father Arvind narrating how he had discovered his son s potential. A two-and-a-half year old Pujara was once photographed while batting by one of Arvind s nephews. Those photographs showed good balance. There was one photo where the young boy was playing a rising ball, and had his eyes firmly fixed onto it. Sensing that, Arvind initiated him into cricket.

As a young boy, Pujara started off as an all-rounder. Karsan Ghavri, the former India player, watched him play once and told Arvind that his son should focus on batting.

Arvind told Rediff that when Pujara was 10 years old, he brought him to Mumbai during the summer to play cricket. It was not easy for the family as they first lived in a place called Rabale, where Pujara s mother Reena had to get water from a distance. Pujara s coaches helped the family get better and more convenient places to live. In Mumbai, Chintu used to play about three matches a week and 12 games a month. During our two-month stay in Mumbai he used to play 20-odd matches, which was more than we had bargained for. After all, in Rajkot he didn’t get to play even 20 matches in a whole year!, said Arvind.

In early 2001, a 12-year-old Pujara smashed 306 not out for Saurashtra under-14 against Baroda under-14s. It was a knock that showed that this guy could bat a long time and had exemplary powers of concentration. Speaking to CricketCountry, Pujara said, In my debut game for Saurashtra at the Under-14 level, I scored a triple hundred and it just took off from there. From that point onwards, I have been consistent at Under-16 and the Under-19 levels. But, that triple hundred was a major development. As a young boy, it gave me tremendous belief that I could make a career in cricket and become successful.

At the time of writing, Pujara has six triple-centuries in his representative career. Going back to the one he scored in his first under-14 game, he also got two consecutive triples for Saurashtra under-22s in 2008. He has then scored three First-Class triple centuries. In fact, the two triples for Saurashtra under-22 and the maiden First-Class triple had come in a space of one month.

Pujara s mother Reena played a huge role in his development as a cricketer. However, she could not live to see her son shine at the highest level. When Pujara was 17, she passed away from cancer. Incidentally, he made his Test debut exactly five years to the day she had passed away. As a youngster, he showed remarkable courage after the loss and a few months down the line, he was adjudged the Player of the Tournament at the ICC under-19 World Cup 2006 in Sri Lanka.

Pujara s batting average is second to only Michael Bevan in List A cricket. Bevan tops the list with 57.86, with Pujara in second place at 54.12. Despite that, he is labelled a Test specialist and has not got too many chances in one-day cricket for India.

In August 2012, Pujara had returned to Test cricket after nearly two years. He had approached Duncan Fletcher to guide him for his batting. Fletcher s response was surprising. Pujara told Indian Express, All he (Pujara) did was to ask me to congratulate my father. He is aware that my father has been my coach since early days. While I was batting, he called others to take a note of the distance between my legs while taking guard and how it helped me to get a fine balance, especially when I am pulling a short ball or even while driving.

Pujara currently has nine First-Class scores of 200 or more. At one point in time, his rate of scoring doubles was second to only Don Bradman. Bradman got a double after every nine innings. Pujara had gotten it at almost 15. That has however gone up now. 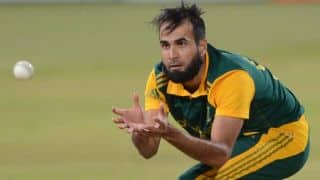