It is going to be an exciting battle between India and New Zealand.

A lot of cricket boffins believe that New Zealand will hold their wood on India in the ICC World Test Championship final as the Kiwis will get used to the English conditions as they are playing two Test matches against hosts. However, former Indian wicket-keeper batsman Vijay Dahiya thinks otherwise. The renowned commentator feels it will be 60-40 in favour of India even if there are seaming conditions on offer.

Vijay Dahiya, who played 19 ODIs and two Test matches for India, stated in an Exclusive interview with Cricket Country that the Indian team will be able to hit the ground running in England as they have got class and experience in their squad. India was the best team of the WTC cycle 2019-21 as they won 12 matches out of the 17 they played with a win percentage of 72.2 as they achieved a memorable 2-1 win against Australia Down Under and were also dominant in home conditions.

Here are Excerpts from the Interview

Question – Who do you think will be the favourites for the WTC final and why?

VD – I think it the whole beauty of calling it the World Test Championship, a lot of people have things to say about the points system and everything but once you reach the final after working hard for two years, where you see how teams have been able to accumulate these points, you are playing in a different country, a lot of people are saying New Zealand have got a bit of headstart as they are playing two Test matches against England before the WTC final but a lot of things change as it depends on whether they win or lose, a lot of importance is given to momentum in this game but I think five-day games give you the freedom to make a comeback in every session.

If I look at the Indian side, a lot of people have sympathy for New Zealand because you feel they don’t have big names or big stars in that sense in the past, they do have top-class stars now but not as glittering stars. India covers all the bases when it comes to the fast bowling department over the years, it is heartening to see how the fast bowling department is looking strong.

It’s not about one or two bowlers, it’s about having options, someone can bowl with the new ball and come back to the bowl with the old. The spin bowling department is also looking good, both the spinners (Ashwin and Jadeja) that we have in our side are also very handy with the bat, thus it gives you much more depth. If you do the man to man comparison, I would say India looks stronger, I won’t say they are favourites but they look stronger than New Zealand.

Even if it will be seaming conditions, I will say it will be 60-40 in favour of India.

Question – Which New Zealand players could be a major threat to India?

VD – To win a Test match, you need to take 20 wickets. Tim Southee will be very handy because he has got that ability to swing the ball and he has got the experience. I think Trent Boult will come back and if you look at the Indian top order, Boult has troubled a few of them. They have got the pace to trouble our batsmen. Their batting will revolve around their captain Kane Williamson and now this new emerging star, Devon Conway, who got a Test double hundred on debut at Lord’s will be going out there with a reputation. Conway will now have the pressure and expectations on his shoulders to deliver in the big WTC final. On the other hand, if they get a good start, Kane becomes even more dangerous.

Question – Will there be any pressure on India as they haven’t won a major ICC title since the 2013 Champions Trophy?

VD – Sometimes you want to read when a captain makes a statement, he is echoing what is going into the dressing room. I feel Virat Kohli is very clear with his statement as far as Test cricket is concerned, categorically he said if we play good cricket, the point system will take care of itself and he was saying this before the India team got into the final. So I think they are going to keep the same sort of mindset, let’s play good cricket and the result will take care of itself.

Question – Who will be the crucial players for India in the WTC final?

VD – If the conditions are testing, I think Cheteshwar Pujara will play a crucial role. If the conditions are challenging, you won’t see a 400-500 runs game but if it’s a 270-300 game, you would someone as tight as Pujara to hold one end and everybody comes and contributes. A lot of expectations will be there from Rohit as well, Virat Kohli had done really well in England in the last tour. Come the big game, you look at the big players.

Question – What will be your Playing XI for India in the WTC Final against New Zealand?

Question – Will the lack of match practice be a problem for India?

VD – I don’t think so the lack of match practice will be an issue as India has got enough quality and experience in their line-up. The hotel is right next to the ground and the players will be able to practice after five days of quarantine.

Watch out for this space for the second part of Vijay Dahiya’s Interview. 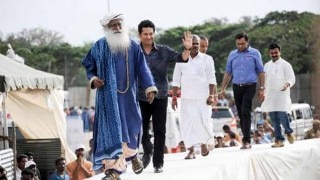