Jadeja, who made his name with three triple centuries in Ranji Trophy, has been a permanent member in Team India since making his debut in 2012.

Indian all-rounder Ravindra Jadeja celebrates his 32nd birthday on Sunday – December 6. With his skilful bowling, power-hitting, and outstanding fielding skills – Jadeja has created a niche for himself in every format of the gentlemen’s game. The left-arm spinner is an enigmatic all-rounder and was once termed by the legendary Shane Warne as a ‘Rockstar’ cricketer during the inagural edition of the Indian Premier League in 2008.

Over the years, Jadeja became one of the most integral part of the national side and has consolidated his place in both Test, ODI and T20I squads. Here are some lesser knfacts about Ravindra Jadeja:

Hailing from the land of cricketing princes like Ranjitsinhji and Duleepsinhji, Jadeja grew up modest beginnings as one of three siblings. Anirudh singh, his father, was a security guard whereas his mother Lata was a nurse.

Anirudhsinh wanted his Ravindra to study at the Army School. Jadeja’s sister Naina revealed in a chat with Rediff, it was their mother who supported her son to pursue his cricketing ambitions.

3. Demise of His Mother

Jadeja lost his mother when he was still in his teens. After losing his biggest support, Jadeja even considered giving up on his dream of playing the sport for the country.

Jadeja was initially given the nickname of ‘Rockstar’ by Shane Warne during his stint with Rajasthan Royals in IPL 2008. But, he became more popular as ‘Sir Jadeja’ – a moniker bestowed upon him by his fans on social media.

Jadeja became the 8th player overall and the first Indian to score three 300+ scores in first-class cricket. He joined an elite list of cricketers with this feat – only the likes of Don Bradman, Brian Lara and WG Grace have achieved this landmark.

Jadeja has two horses, named Ganga and Kesar. Those horses are stationed at his farmhouse near Jamnagar.

The 32-year-old owns a restaurant in Rajkot called Jaddu’s Food Field. He was quoted by Times of India, “Though I hail from Jamnagar, I’ve a special attachment for Rajkot. This city’s people are particularly fond of food and various delicacies and hence the decision to start a restaurant in Rajkot.”

Jadeja married to Riva Solanki on April 17, 2016. His wife Riva joined the Bharatiya Janata Party in April 2019, his father and sister joined Indian National Congress in the same month. 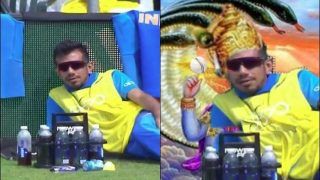 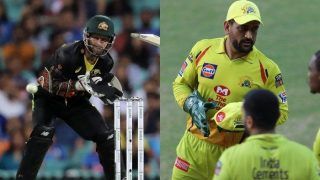 2nd T20I: Matthew Wade Wins Internet as he Says 'Not Quick Enough as MS Dhoni' During India-Australia at SCG | WATCH