Ben Cutting's all-round show helped him bag the Man of the Match award as SRH clinched their maiden IPL title in their first-ever final.

David Warner-led SunRisers Hyderabad made to their maiden IPL final and was set to lock horns with red-hot Royal Challengers Bangalore – a side who had made it to the summit clash on the back of some brilliant batting performances. Also playing in front of a home crowd meant RCB were starting hot favourites.

SRH showed their intent early by opting to bat against Royal Challengers Bangalore at a venue where tall scores have been chased down nonchalantly.

SRH posted a mammoth 208 for seven in their 20 overs, thanks to some brilliant batting by Warner, who led from the front scoring 69 off 38 balls. Australian allrounder Ben Cutting also came good at the back end, smashing 39 off 15 balls giving the orange army the perfect finishing kick. Despite scoring in excess of 200, SRH knew they were not in a comfortable position considering RCB had the home support and the batting to gun down the target. For RCB, Chris Jordan picked three wickets.

Chasing 209 to win, RCB got off to a dream start, thanks to Chris Gayle (76 off 38) and Kohli (54 off 35). RCB looked all set to overhaul the target but that is when they started losing wickets at regular intervals after the openers were dismissed. Eventually, they fell eight runs short.

Cutting starred with the ball as well as he picked two wickets for 35 runs in his four overs spell. His all-round show helped him bag the Man of the Match award as SRH clinched their maiden IPL title in their first-ever final. 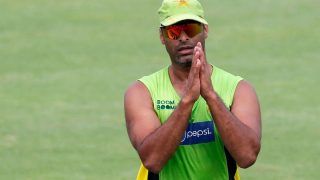