Ganguly and Dravid, on a cold day in May 1999, also threw their hat in the ring with one of the most extraordinary partnerships in the history of ODI cricket.

Former India legends – Sourav Ganguly and Rahul Dravid, who are regarded as the finest batsmen ever to play the gentlemen’s game, etched their names in history books with a historic 318-run stand against Sri Lanka in Taunton exactly 21 years ago (May 26, 1999). During the 1999 ICC World Cup match, the iconic duo Ganguly-Dravid joined forces to put on a batting masterclass and script new partnership records with their mammoth triple-century stand in a group stage encounter.

After a shocking start to their WC campaign with back-to-back losses against South Africa and Zimbabwe in their opening two encounters, India took the field in a do-or-die game at Taunton against Sri Lanka. The Men in Blue had registered only one win in the competition which came up against minnows Kenya.

Sri Lankan captain Arjuna Ranatunga won the toss and invited India to bat first on a cold and breezy day in Taunton in May 1999. India got off to a bad start as the side lost its opener Sadagoppan Ramesh (5) in the very first over of the innings.

After Ramesh’s dismissal – Dravid walked out to bat at number three to join Ganguly at the crease. What followed is a display of extraordinary hitting and top-class batsmanship from both ends.

Ganguly played a magical knock of 183 runs studded with 17 fours and 7 sixes while Dravid scored 145 runs which included 17 boundaries and one maximum. This was the first 300-run stand in ODI cricket and Ganguly made the highest individual score by an Indian in a 50-over World Cup, something that stands even today.

After reaching his century, Ganguly accelerated in T20 mode. The southpaw never had trouble depositing the ball over the ropes all through his career. He as brutal straight down the ground and sent at least a couple of balls into the parking lot.

Sourav Ganguly (183) and Rahul Dravid (145) registered a mammoth 318-run partnership for the 2nd wicket against SL in the 1999 World Cup at Taunton. This was the first time that a 300-run partnership was witnessed in ODIs. pic.twitter.com/MoX47EZUsw

The ‘Prince of Kolkata’, he’s fondly known as, was paying his own tribute to Kapil Dev’s magnificent 175 from sixteen years earlier, bravely stepping out against the spinners and using the depth the crease expertly against the pacers.

India could have pushed for the first 400 in the format too but a middle-order collapse ended those hopes. However, the historic-stand between Ganguly-Dravid helped them post 373/6 in allotted 50 overs.

Later, Sri Lankans never really presented any challenge to Indian total and were bundled out for just 216 in the 43rd over. All-rounder Robin Singh picked up a five-wicket haul as India won the match by a huge margin of 157 runs.

The Board of Control for Cricket in India (BCCI) remembered their historic feat and posted a picture of the legendary duo on its official Twitter handle, alongside the caption: “Sourav Ganguly (183) and Rahul Dravid (145) registered a mammoth 318-run partnership for the second wicket against SL in the 1999 World Cup. at Taunton.

“This was the first time that a 300-run partnership was witnessed in ODI.” 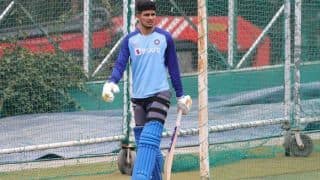 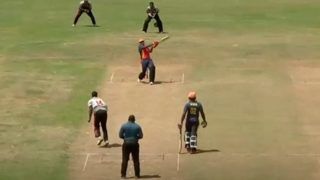