“I was driving and I was just thinking of him and thinking maybe he would be watching the race, I don’t know. So that’s to him and his family. Rest in peace.” Hamilton started on pole at the Circuit Gilles-Villeneuve here on Sunday but was beaten initially by Ferrari’s Sebastian Vettel. However, he then out-strategised Vettel winning in one hour, 31:05.296 minutes.

Vettel was five seconds behind in second, while Williams’ Valttero Bottas claimed the third place. The victory was Hamilton’s second in a row following his triumph in Monaco, and it cut Rosberg’s lead at the top to nine points. Hamilton added about Muhammad Ali: “Obviously, in Formula One, there was no one of the same colour as us as a family, so it was another athlete for me to look up to.”

“I think he was just a unique, iconic individual who had a character unlike anyone else’s. And everyone aspired to be like him.” Muhammad Ali, the finest heavyweight boxer ever, was laid to rest on Friday in his hometown of Louisville, Kentucky, in the US. Hamilton, who trailed Rosberg by over 50 points last month following a spate of mechanical failures that hampered his early season form, is now on 107 points. Rosberg finished a disappointing fifth after dropping to ninth after lap one and now has 116 championship points. 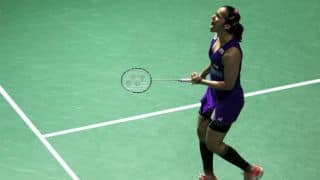 Virat Kohli to teach Saina Nehwal aggression on the field?