Reigning world champion Lewis Hamilton believes that it could be a 'good year' for his Mercedes team-mate Nico Rosberg.

Johannesburg: Reigning world champion Lewis Hamilton believes that it could be a ‘good year’ for his Mercedes team-mate Nico Rosberg after the German added another victory to his account at the European Grand Prix. Rosberg, who started from the pole position, cruised to his fifth victory of the season after beating Ferrari’s Sebastian Vettel in the inaugural edition of the European Grand Prix on the Baku street circuit. With the win, Rosberg extended his lead back to 24 points over Hamilton in the world championship. Meanwhile, Hamilton was once again afflicted by technical problems at Baku, thus finishing fifth in the race, Sport24 reported.

Following the defeat, Hamilton admitted that Rosberg looks good for the Formula One title in 2016. He, however, refused to give up on the title challenge and said that there are many more races to come. Earlier, Hamilton slashed down Rosberg’s lead in the Formula One world championship to nine points following his second consecutive win at the Canadian Grand Prix. 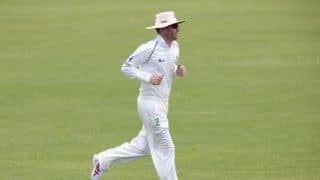