Belgium recorded their fourth consecutive victory to reach the FIFA World Cup 2014 quarterfinals after a thrilling 2-1 extra time win over the USA at the Arena Fonte Nova ON Tuesday.

Extra time substitute Romelu Lukaku made the difference for Belgium. The Chelsea forward on loan to Everton last season had an instant impact as he assisted for the opener while scored the second in the 105th minute to double his side’s lead.

Substitute Julian Green scored his first goal for the USA in the 107th minute with a cracking first time volley to keep his team in the match.

Some desperate defending from Belgium and a match-winning save from Thibault Courtois in the final 10 minutes of an American onslaught, sealed the European team’s passage to the quarters where they will take on South American giants Argentina.

The match had a cracking start with Belgium almost scoring within two minutes.

Kevin de Bruyne ignited a great move from Belgium with a give-and-go with Dries Mertens on the near side.

Despite coming under pressure he managed to slot a pass into Divock Origi, whose first touch saw him breeze past Besler and into a shooting area. The angle was acute, though, and Tim Howard managed to block his cross-goal shot with his legs.

It was a slow paced half where both sides failed to create to many clear-cut chances.

Belgium looked the more likely of the two to score but like in all their previous games in the group stage they could not find the back of the net in the first 45 minutes.

The game was played almost entirely on the US right flank where Jan Vertonghen and Eden Hazard threatened going forward, but Belgium were vulnerable at the back from American counter attacks.

The game remained goalless at the break, but that could have been very different had Howard not kept out Origi’s dangerous shot in the first minute. Since then, both sides have had their chances but neither managed to truly worry the opposition goalkeeper.

After a slow first half, the pace of the game picked up in the second. Belgium slowly took control of the game and created chances after chances.

American goalie Howard was the difference between the scoreline remaining goalless and Belgium scoring a couple of goals.

And when an Origi header beat Howard, the crossbar came to the rescue of the Americans.Vertonghen, operating as a left-back, was again a massive threat growing forward.

Chelsea star Hazard didn’t see much of the ball but was dangerous everytime he was played in.

As the half wore on, Belgium laid siege on the US goal and the Americans manage to survive with the skin of their teeth thanks to the heroics of Howard.

Everton’s Kevin Mirallas impressed since coming on and Fellaini met his cut back ball from the byline but Manchester United midfielder couldn’t control the ball.

However, it dropped to Hazard on the edge of the box but his shot was batted away by Howard once again.

In an unbelievably open half, the score somehow remained goalless after 90 minutes. US coach Jurgen Klinsmann mostly had Howard to thank for that as the keeper thwarted the Red Devils time and again.

Belgian coach Marc Wilmots brought on Romelu Lukaku for Origi and the Chelsea forward had an immediate impact as it was his assist that found De Bruyne in the box and his excellent low shot from a tight angle finally got the better of Howard.

Lukaku injected great pace and physicality to the Belgian game and it was again his pass to Vertonghen that found the Tottenham defender in acres of space but he took too much time to get a shot away. 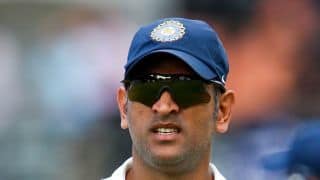