Costa Rica came back from a 0-1 scoreline.

Two goals in the space of three minutes helped Costa Rica recorded a shock 3-1 win over Uruguay in the Group D opener of the FIFA World Cup 2014 at the Estadio Castelao on Saturday. Goals from Joel Campbell (54th minute), Oscar Duarte (57th) and Marco Urena (84th) helped Costa Rica cancel out Edison Cavani‘s opener via a penalty in the 24th minute. Campbell was the star of the show for Costa Rica and posed a constant threat to the central back pairing of Diego Lugano and Diego Godin.

To make things worse for the South American giants, experienced right back Maxi Periera was sent off in the closing minutes of the game for a cynical kick on Campbell. Costa Rica started brightly and strung together some good plays in the first 15 minutes. They defended in numbers and tried to hit Uruguay on the counter.

But as the match wore on, Uruguay started stamping their authority and finally took the lead after Lugano was brought down in the box by defender Diaz. PSG striker Cavani, slotted the penalty home to give his team a much deserved lead. Costa Rica keeper Keylor Navas pulled off an amazing save from Diego Forlan’s deflected shot to stop Uruguay from doubling their lead at the end of the first half.

After not registering even a single shot on target in the first half, Costa Rica came out swinging in the second. They reaped the rewards of some brilliant attacking play when Campbell smashed a volley from close range to draw Costa Rica level. Three minutes later the unthinkable happened as Duarte’s diving header creeped into the net giving his team an unlikely lead.

Uruguay went for the juggler and left massive gaps at the back and were made to pay with Urena finishings a brilliant through-ball from Campbell. England and Italy are the other teams in Group D. 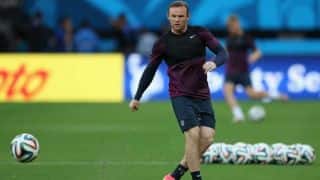 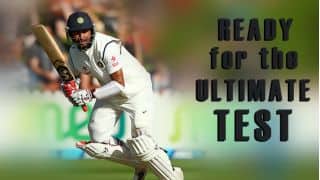