England’s goalkeeper Joe Hart said that his team is “frustrated” after being eliminated off the 2014 FIFA World Cup’s group stage. The goalkeeper, 27, expressed his regret, especially for all the people who had come to Brazil to support the team coached by Roy Hodgson, reports EFE.

“There is silence in the locker room, as you can imagine, a lot of frustration. We’ve played two very good technically, but technical do not matter much if you do not win.” Hart said, after his team lost two consecutive games to Italy and Uruguay in the classy tournament Group D.

“Words fail me to thank the people who came to Brazil to support us. I believe I would have done the same if I was not in the team,” he noted. Hart said his team losses against Italy and Uruguay were “unjust” as his team performance did not merit the defeat. 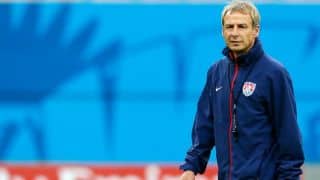