The appeal is against a four-month ban imposed on Luis Suarez for biting.

Bermudian lawyer Larry Mussenden could hold the key to the fate of banned Uruguayan footballer Luis Suarez. Mussenden, who is president of the Bermuda Football Association, chairs a FIFA panel that is likely to hear an appeal against a four-month ban imposed on Suarez after a FIFA World Cup 2014 biting incident.

Bermuda football legend Clyde Best said Suarez acted like a “pit bull” and should have been suspended for a year. Suarez was banned on Thursday for four months worldwide from any football activity, banned from international football for nine games and slapped with a fine of $118,000 for biting Italy defender Giorgio Chiellini on the shoulder.

“He’s pretty lucky if you ask me,” Best told the Bermuda Sun. “If it had been down to me, it would have been harsher than that.

“He’s done it three times now. The game has no room for that sort of behaviour. He did it, there’s no doubt about that. He was like a pit bull, the way he attacked him.

“I’d have given him a year, myself. It’s ridiculous. He’s done it in Holland, in England and now the biggest stage of all, the FIFA World Cup. It’s embarrassing for his family and his country.

“I’ve never seen it before, never when I was playing. I have seen plenty of people kick each other but never bite each other.”

The Uruguay FA has said it will appeal the FIFA ruling, which it describes as “excessive”, insisting there was “not enough evidence”.

FIFA procedure states the matter then goes to FIFA’s Appeals Committee, of which Mussenden is chairman. If still unhappy with the verdict, the Uruguay FA can then take its appeal to the Court of Abitration. It’s the biggest ban handed down in FIFA World Cup history.

The chairman of FIFA’s disciplinary committee, Claudio Sulser, said: “Such behaviour cannot be tolerated on any football pitch and, in particular, not at the FIFA World Cup, when the eyes of millions of people are on the stars on the field.” 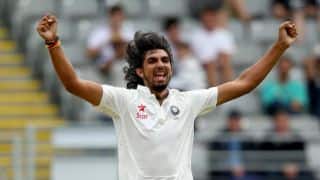 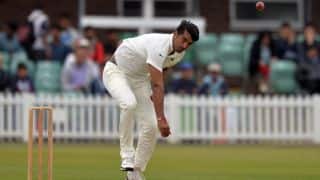