The 2017 World Cup is supposed to be a big lift to the face of Indian football.

It’s not just the All India Football Federation but the sport’s governing body FIFA is also doing its bit to ensure a smooth conduct of the FIFA Under-17 World Cup, earmarking around USD 38 million for the marquee event to be hosted by the ‘sleeping giant’ in 2017.

A top AIFF official, who had attended the FIFA Congress in Sao Paulo barely a couple of days ahead of the start of the ongoing World Cup, told PTI that President Sepp Blatter is serious about helping India in its endeavour to host a successful event three years from now.

“For the U-17 World Cup in 2017, FIFA officials have told us that they have kept around USD 38 million for organisational purpose only,” AIFF vice-president Subhas Chpora said.

For the two-day congregation, Chopra was accompanied by treasurer Hardev Jadeja and executive committee member Ankur Dutta as part of an AIFF delegation. The federation’s President Praful Patel could not attend the congress.

“Blatter is very committed to helping India stage a successful tournament and we are getting a lot of support form the Asian Football Confederation (AFC) also in this regard,” he added.

As part of its various development initiatives, FIFA closed in on India after it beat Ireland, South Africa, Uzbekistan and Azerbaijan to win the bid in the executive committee meeting last December.

FIFA was convinced after the erstwhile UPA government gave all the necessary guarantees and complied with the strict norms laid down by the sporting body. Meanwhile, a two-member delegation from FIFA recently visited the eight prospective venues in the country, including the Nehru Stadium in Fatorda, Margao, with Goa reportedly expressing willingness to stage the final of the major tournament.

AIFF winning the bid was seen as a historic development for Indian football, with both former and current players giving their thumbs-up to the event. Thrilled at the development, some former Indian greats, including I M Vijayan, said it will help the game come up in India, a few others cautioned the administrators to carry out work related to the event properly as the world would be watching the country. 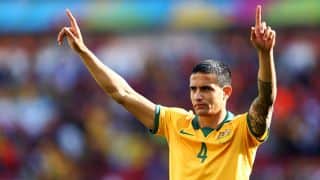 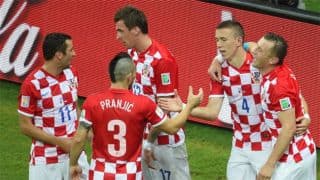