The fans were alleged to have links with violent fan group, 'barra bravas'.

Four Argentinean citizens were denied entry into Brazil for connections with violent soccer fans’ organisations, the so-called ‘barra bravas’. According to the authorities, the Argentinean citizens on Monday tried to enter Brazil through land, in the town of Uruguaiana in the southern state of Rio Grande do Sul, reports Xinhua.

Two of them featured in an extensive list of violent soccer fans provided by the Argentinean government to help prevent the entry of violent fans for the FIFA World Cup 2014, which is taking place in 12 Brazilian cities. It is not the first time Argentinean ‘barra bravas’ have been denied entry into Brazil during the World Cup. Last week, three people were denied entry through land borders in Rio Grande do Sul state, and one man was denied entry as he arrived in Brazil through the Sao Paulo international airport.

Other countries provided similar lists of known violent fans in an attempt to curb hooliganism during the World Cup. In addition to violent fans, anyone convicted or involved in child sexual abuse cases will also be denied entry, as part of a no-tolerance policy on such crimes. A US citizen was denied entry into Brazil for that reason last week. 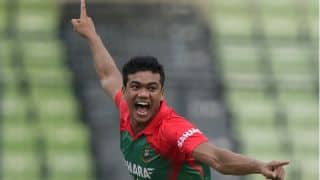