Belgium will be depending on their young guns to fire their chances.

Belgium‘s vibrant young team are preparing to launch their World Cup campaign against Algeria on Tuesday with competition hotting up on the training pitch ahead of the Group H clash. Seen as dark horses to lift the trophy, the richly talented squad is blessed with players such as Chelsea playmaker Eden Hazard, powerful striker Romelu Lukaku and Manchester City defender Vincent Kompany.

Belgium have not appeared at a major international championships since the 2002 World Cup in Japan and South Korea but they impressed in qualifying and will fancy their chances of matching their semi-final showing in Mexico in 1986. The sole survivor from their 2002 campaign is veteran defender Daniel van Buyten, who said there were some feisty tackles flying in during the team’s training sessions in the build-up to their match in Belo Horizonte.

“We usually train lightly before important matches so players hit their peak at the right time,” said the Bayern Munich player. “But the duels on the training pitch have become more full-blooded. Every player should be ready. There are only 11 starting places and everybody wants to be in the line-up but the substitutes must be ready at any moment to make the difference.”

Coach Marc Wilmots can also call on young Manchester United sensation Adnan Januzaj and his club team-mate Marouane Fellaini as well as Chelsea goalkeeper Thibaut Courtois, outstanding while on loan at Atletico Madrid last season. Lukaku, who only returned to training on Wednesday after suffering an ankle injury in a bruising friendly with Tunisia, will spearhead an attack missing injured Aston Villa forward Christian Benteke.

Belgium, also grouped with Russia and South Korea, are expected to qualify for the knockout rounds with ease but Manchester City captain Kompany urged caution over their chances of unseating football’s superpowers. “We have a young squad, it’s their first major tournament,” he said. “I think it’s a still a bit too early to dream of the summit. For overall victory it’s better waiting until 2016 and the Euros in France.”

Despite their impressive playing resources, Belgium will come up against a side looking to cause an upset of their own to go alongside their shock win over eventual finalists West Germany in 1982. Despite that famous win, Algeria, taking part in their fourth World Cup, have never gone beyond the group stages. Key players for the north African side include defender Madjid Bougherra, midfielders Sofiane Feghouli and Medhi Lacen, and forward Islam Slimani.

“We have a young group which has talent, but is lacking a bit of maturity,” said assistant coach Nourredine Kourichi. “Match after match this team is growing, you could see it (in friendlies) against Armenia, Slovenia and Romania.

“We know that the first match is important, not vital, but important especially for confidence. The group is lacking a bit of experience but they are fearless and they have one important weapon: speed. We’re going to try to trouble this Belgian team, we’re ready for it and we’ve done everything possible to prepare ourselves.” 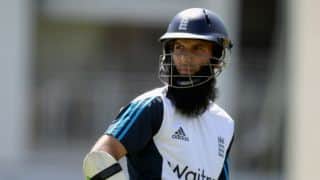 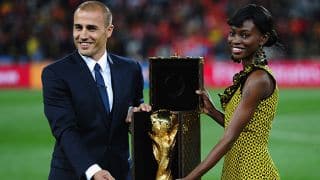