This is the first time that the FIWC Grand Final will be held in the same country as the FIFA World Cup.

After months of qualification 20 players who will represent their nations at the FIFA Interactive World Cup (FIWC) Grand Final have been named. A total of 1,997,689 players from all round the world attempted to qualify for Rio de Janeiro’s Grand Final and 10 different countries will be represented on July 2-3, reports Xinhua.

Players from nations such as Brazil, Romania, France and Ireland will go head to head for the chance to be named FIWC World Champion and win $20,000. The 20 finalists will travel to Rio de Janeiro as part of a three-day trip laid on by FIFA. As well as competing, they will be seeing the Rio landmarks, meeting football legends, and to top it off will take part in an exclusive trip to the Maracana where they will watch one of the FIFA World Cup quarterfinals.

This year marks the 10th edition of the FIWC and is the first year the FIWC Grand Final is to be held in the same country and at the same time as the FIFA World Cup. In light of this a Grand Final space was reserved for a Brazilian player and Rafael Fortes, a student from Rio de Janeiro, qualified through April’s Brazil qualifier and will proudly represent his nation.

Speaking ahead of the Grand Final, Brazilian qualifier Rafael said: “It is a dream come true and I feel honoured to be Brazil’s representative. I am now going to train day and night to ensure I do Brazil proud at the FIWC Grand Final.”

The players will be divided into four groups of five with the winners and runners-up qualifying for the knock out rounds. Should they progress; players will then have to navigate the quarter and semifinals before the ultimate final showdown. The tournament will be played on the 2014 FIFA World Cup Brazil game and each finalist will pick first and second choice teams ensuring no matchups will feature the same two sides.

A higher ranked players will have the advantage of being able to use their first choice should the situation arise. The FIWC is organised by FIFA and recognised by Guinness World Records as the world’s largest online gaming tournament and more than 5,000,000 players have taken part since 2009.

It is an official FIFA tournament that gives football fans the chance to live out their passion for football and to interact with other fans around the world. Participants from every continent battle it out to qualify for the Grand Final, where the FIWC champion is crowned. 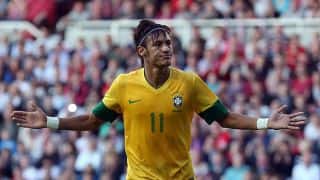 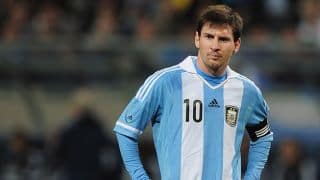