The stadium which will host the World Cup final has got a serious facelift.

The colossus that it once used to be doesn’t stand in Rio de Janeiro anymore but the refurbished modern-day Maracana Stadium, which will host the FIFA World Cup 2014 final, still retains some of its aura and can hold upto 260 journalists in its press box besides having a staggering 292 bathrooms and 60 bars.

From its awe-inspiring capacity of two lakh spectators, the seats though have come down to 78000, stealing some of the charm of the otherwise majestic facility. On the Maracana tour, fans are welcomed by the sight of precious objects associated with Pele‘s 1000th goal and a statue of Zico at the lobby.

The tour is filled with stories and curiosities to football’s one of the most revered arenas. The refurbished Maracana was inaugurated in October 2013 and has since received more than 15 thousand people every month from the city of Rio de Janeiro and other regions of Brazil and from around the world. The visit starts in the Maracana lobby, where objects like the ball, nets and goal posts from Pele’s 1000th goal are on show, as well as the statue of Zico, the best striker in the history of the stadium with 333 goals scored.

The visitors get an opportunity to see the press box, the awards hall and Maracana Mais ? a lounge with exclusive services for fans on match days. The changing room is one of the highlights of the tour, because the fans get a chance to feel how the players get ready before a match.

On the lockers, there is a display of the shirts belonging to the starts of the Brazilian team that won the Confederations Cup in 2013, in the final against Spain in Maracana. Built for the 1950 World Cup, Maracana went through a huge renovation to host the ongoing edition. The work lasted almost three years. It now offers the spectators greater proximity to the field, visibility, easy access, security technology, as well as comfortable, modern and sustainable premises.

The Maraca, as it is fondly called by Brazilian soccer fans, is currently among the most modern arenas on the planet. The new bleachers are situated only 14 metres from the pitch and offer a vantage point. In addition to this, the roof, in fibre glass and Teflon, guarantees that 95 percent of the seats are sheltered from the sun and rain.

Fans gain access to the stadium along six large ramps and there are 17 elevators and 12 escalators to cater to the public. The security control allows for complete evacuation of the stadium in eight minutes. The stadium reserves one percent of its seats for handicapped persons. The stadium has undergone three refurbishments in 1999-2000 for the World Club Cup, the second in 2005-2007 for the Pan-American Games, and the last for 2010-13 for the World Cup. 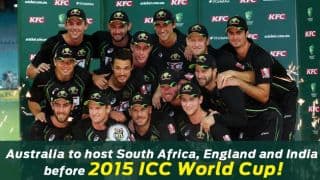 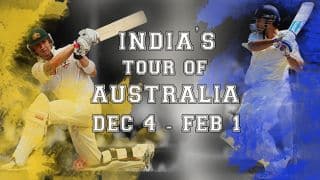