Around 3,000 members of the Roofless Worker’s Movement (MTST) protested here on the seventh day of the FIFA World Cup 2014. The movement activists staged many marches Wednesday demanding the final announcement of the plans for the development of Sao Paulo in the upcoming years. Police said only 3,000 protestors took part in the rallies while MTST countered by saying that the numbers were 15,000. The marches disrupted traffic in some areas of the city, reports EFE.

The activists said, ahead of the start of the World Cup, that they do not intend to stage protests on a large scale after the government had responded to some of their demands.

However, MTST threatened Wednesday to stage bigger protests demanding the announcement of the development plans. One of the protestors said that their demands confined to suitable homes, plans to build apartments for the poor.

Demonstrators, for several months, have been protesting against the excessive money spent by their country on the renovation and construction of World Cup stadiums while sectors such as finance, infrastructure transportations, medical care and public services have been ignored. 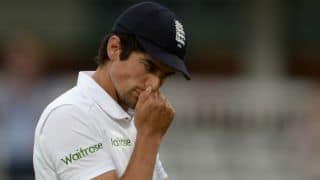