Tim Howard from the United States was chosen the best player of the knockout match as he made 16 saves setting a new record.

Despite conceding two goals in the extra time, 35-year-old veteran goalkeeper Tim Howard from the United States was chosen the best player of the knockout match which Belgium won 2-1 and advanced to the World Cup quarter-finals. Howard made 16 crucial saves in the duel, refreshing the World Cup record of 13 saves a match done by Peru’s Ramon Quiroga in 1978 against the Netherlands, reports Xinhua.

After Belgian midfielder De Bruyne opened the scoring, Howard fell back on the grass almost in slow-motion, arms and legs outstretched and eyes staring up into the darkness. The Man of the Match turned out to be on the losing side.

Calling the US loss heartbreaking, Howard said: “I don’t think we could have given any more. What a great game of football. We got beaten by a really great team. It’s heartache. It hurts.” Asked about the constant barrage of shots, Howard said: “It’s my job, that’s what I sign up to do. Hats off to Belgium, but we gave a valiant effort.” He added, “We try to get a goal, and at 2-1, we put pressure on them. A dream falls short, but we’ll never forget this night.”

US coach Jurgen Klinsmann praised Howard saying that he made the difference. “What Tim played tonight was phenomenal,” Klinsmann said. He added, “He had an absolutely amazing match, and you have to give him the biggest compliment in the world.”

US midfielder Michael Bradley also spoke highly of Howard. “He always keeps us in it. Such a good leader, and we rely on him so heavily,” he said.

Howard started his career with the North Jersey Imperials before making a move to the Metro Stars. His appearances soon attracted the attention of Manchester United, who signed him in 2003. He enjoyed relative success with them as they won the 2003 FA Community Shield, the 2003-04 FA Cup and the League Cup (2005-06). However, after Manchester United signed Edwin van der Sar, Howard went out on loan to Everton to play more first-team football and eventually signed permanently with them in February 2007. On Jan 4, 2012, Howard scored a goal, his first as a professional, against Bolton Wanderers. Howard first represented the United States national team in 2002 and was an unused substitute for the 2006 World Cup. He later established himself as first-choice and started all of the United States’ games at the 2010 World Cup as they reached the Round of 16. 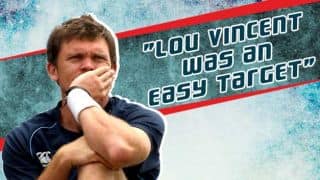 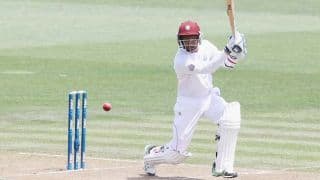