A moment of genius from Lionel Messi in added-time helped Argentina book a berth in the last-16 after a unconvincing 1-0 win over Iran in a FIFA World Cup 2014 Group F clash at the Estadio Mineirao. All the game Messi had been completely ineffective but the Barcelona forward’s 90+1 minute goal, his second in this year’s finals, from outside the box broke the deadlock after the South Americans had put in an unimpressive performance in the first 90 minutes.

A stout Iran defence kept Argentina at bay till the final minutes and were only beaten after a magical goal from arguably one of the greatest footballers of all time. Argentina lacked the cutting edge in the final third, a worrying fact for one of the favourites. Clear cut chances were few and far between for an Argentina side that had 69 percent possession. Argentina lead Group F with six points. As expected, Iran sat back and put 10 men behind the ball. There were absolutely no efforts from them to attack the Argentine goal except on set pieces.

Messi had a very quiet half and found it hard to get past the wall of men in Iranian defence. Gonzalo Higuain had an extremely poor half. Besides having poor touches in and around the box the Napoli striker had a golden chance to put Argentina in the lead but failed to even test the goalkeeper. Angel Di Maria posed the greatest danger for Iran. His delivery from the left caused all sorts of problems for the opposition. However, for the 73 percent possession Argentina had in the first half, they failed to pepper the Iran goal.

The big chances came from corners with Ezequiel Garay and Marcos Rojo could have given their team the lead but their headers went just wide from Di Maria’s corner. Argentina failed to move the ball quickly and looked laboured in attack. For all the possession they had, Iranian goalie Alireza Haghighi was hardly called into action. The only positive aspect for Iran was that they defended heroically and managed to frustrate Argentina. The South Americans came out after the change over looking more purposeful but again found it impossible to break down the Iran defence.

Iran, too, did better in attack and even put pressure on the Argentine defence for a brief period. Reza Ghoochannejad had Iran’s best chance but his header went straight to the Argentina defence. Messi saw more of the ball in the second half but the man who has scored 350 goals for Barcelona in the Spanish La Liga failed give his team the breakthrough. Ezequiel Lavezzi was brought on for an ineffective Sergio Aguero. His enterprise down the right side did create a few problems but that still wasn’t enough. Reza once again could have given Iran the shock lead but Romero in Argentine goal was upto the task. 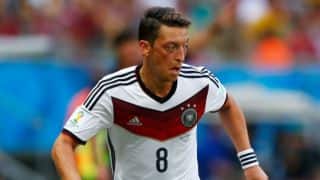 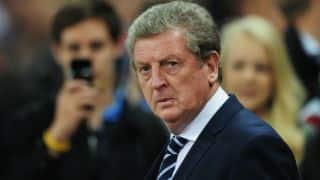