Messi has scored four of the team's six goals.

Messi, the four-time FIFA Ballon d’Or winner, has scored four of the team’s six goals to take Argentina into the last 16 with a three-match winning streak, reports Xinhua.

That reminds Sabella of the time when Maradona led the La Albiceleste to win the World Cup in 1986.

“I am not surprised by his performance. His teammates and all Argentines expected he will have a great World Cup this time.”

Argentina will face Switzerland in the knockout stage, Sabella warns the team that a tiny mistake can put them out of the tournament.

“You can make a mistake in the group stage, but it will be more difficult in the last 16, mistakes are not acceptable at this stage of a World Cup,” Sabella said.

Sabella does not want to reveal details of his starting lineup, but he believes that Paris Saint-Germain forward Ezequiel Lavezzi, who replaced injured Sergio Aguero last match, can play an important role in the match against Switzerland.

“He hasn’t been in the starting lineup since we came here, but he is always supporting the team without negative comments. I think he can play right and left wings as a striker or midfielder and that means we can switch the system from 4-3-3 to 4-4-2 during the game.” Sabella told reporters. 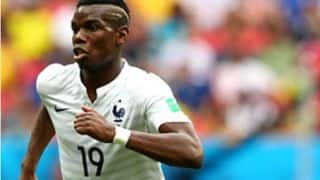