Sunil Chhetri's strike partner Robin Singh was not named in the squad.

New Delhi: Captain Sunil Chhetri heads a 28-member squad of Indian football probables for the forthcoming two qualifiers for the 2018 World Cup, head coach Stephen Constantine announced on Tuesday. Chhetri’s strike partner Robin Singh was not named in the squad. India will travel to Tehran to play Iran on March 24 and then will host Turkmenistan in Kochi on March 29. The team will have a camp here from March 16 prior to the departure to Tehran on March 21. Constantine expressed excitement about the preparatory camp, “The boys would be assembling on March 16 and we will be practicing at the Ambedkar Stadium. However, as both Mohun Bagan and Bengaluru FC are involved in the AFC Cup, the boys from the two clubs won’t be able to be with us on the 16th,” Constantine said in an All India Football Federation (AIFF) release.

“As Mohun Bagan play a home match in the AFC Cup (on March 16), they will report to the Camp the next day while the boys from Bengaluru FC will report to the Camp as soon as they are back from their away match,” he added. “It’s important that we sustain the momentum which we achieved by winning the SAFF Suzuki Cup. Playing in Tehran will be a difficult game for us,” he stated. “Without disrespecting Turkmenistan, we want to get the maximum we can from our home match,” he said.  India are at the bottom of Group D of the preliminary round of qualification with just three points after six matches. Iran head the group with 14, Turkmenistan are third with 10. 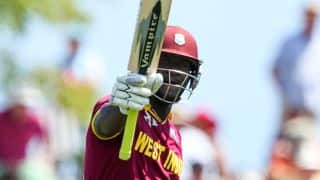