Pep Guardiola signed a 3-year deal with Manchester City that will earn him over £15m per year.

Italian football giant AC Milan’s owner Silvio Berlusconi has revealed he attempted to bring Pep Guardiola to his club when the Spanish coach was helming FC Barcelona. The reigning La Liga champions’ coach was in charge at Barcelona for four years, winning the Champions League twice, before moving on to German champions Bayern Munich and claiming three successive Bundesliga titles. Guardiola will now manage England’s Manchester City next season, but it was his work with Barcelona that particularly impressed Berlusconi.

“As a coach, I was courting Guardiola at Barcelona,” Berlusconi was quoted as saying by Italian television TeleLombardia on Monday. “He then became coach of Bayern – but the game expressed at Barcelona was what satisfied me more.” the 79-year-old said.

Berlusconi also criticised the money within football that has prevented the club from signing the world’s best players in recent years. Though Milan have broken the world transfer record three times under his ownership, the last time they did so was in 1992, signing Gianluigi Lentini for a relatively modest 13 million pounds ($18.9 million).

“The names are known, but the demands are there to show how football now has become like a kind of monopoly. These top figures have no connection with what are reasonable prices,” Berlusconi added. 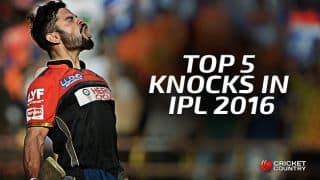