Already through to the knock-out rounds, I-League champions Bengaluru FC suffered a 0-3 defeat at the hands of defending champions Johor Darul Ta'zim in AFC Cup.

Johor Baru:  Already through to the knock-out rounds, I-League champions Bengaluru FC suffered a 0-3 defeat at the hands of defending champions Johor Darul Ta’zim of Malaysia in their last group league match of the AFC Cup football tournament today. After a goalless first half that saw plenty of effort from the I-League visitors, momentum switched as Safee Sali hit the woodwork on the 54th minute before substitute Safiq Rahim opened the scoring with his seventh goal of the tournament 16 minutes later.

Fellow Malaysia international Safee then doubled the lead with 12 minutes of the tie remaining before Shakir Shaari’s confidently dispatched stoppage time penalty saw Johor cement their 100 per cent record thus far. Bengaluru FC ended at second spot in Group H on nine points as against Malaysian champion sides 18 (six wins from six games). With first place in the group already secured before the match for the hosts, visitors Bengaluru were the more motivated side in the first half although Nazrin Nawi did carve out several good chances before the interval.

Safiq’s introduction from the Johor bench in the second half was to prove the turning point, though, as the deadlock was finally broken after 70 minutes.  Junior Eldstal brought the ball from his own half into the final third and passed it to Safiq, whose effort on the edge of the box was deflected into the net by John Johnson. The opening goal scorer turned provider eight minutes later when he laid a through ball for Safee to produce a cool low finish past Arminder Singh inside the box.

Michael Collins had a chance to pull one back for Bengaluru moments later but the English midfielder was thwarted by goalkeeper Farizal Marlias. 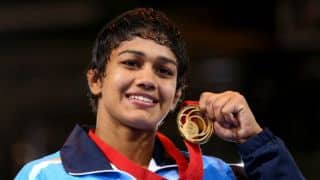