Shearer insisted he would even be willing to work alongside another manager in England's new-look set-up.

London: Former England captain Alan Shearer described his country’s European Championship defeat at the hands of Iceland as the “worst performance” he has ever seen from the national team and has put himself forward for the head coach’s job following Roy Hodgson’s resignation. The 68-year-old Hodgson stepped down in the immediate aftermath of Monday’s 2-1 defeat to Iceland which sent England crashing out of Euro 2016. Shearer has limited managerial experience having only taken charge of Newcastle United for eight games in 2009 and was unable to prevent the club from being relegated to the Championship. But the former striker insisted he would even be willing to work alongside another manager in England’s new-look set-up.

“I went to see the FA about four or five years ago and said I wanted the job. They just looked at me and said ‘No, it’s a lack of experience’. I said: ‘well, you’ve hired experience, you pay them an absolute fortune, I could not have done any worse than those guys’,” Shearer was quoted as saying by the BBC on Monday. “I would offer my services again, even if Gareth Southgate got the job. I would offer my experience of tournaments, for him to take players who have been there and done it has to be of benefit,” the former Newcastle United striker said.

Shearer, who won 63 international caps, said England were “tactically inept”, while Rio Ferdinand, another former England skipper, said the display was “embarrassing”. “That was the worst performance I’ve ever seen from an England team. Ever. It was tactically inept. We were out-fought, out-thought, out-battled and totally hopeless for 90 minutes. I said after the three group games that England weren’t good enough,” he said.

“It looked to me like Roy was making it up as he was going along. How can he pick Arsenal midfielder Jack Wilshere? We had players in the squad who didn’t deserve to be there. Manchester City’s winger Raheem Sterling hasn’t performed. We can go on and on. Then there was Tottenham striker Harry Kane on corners… the list is endless,” Shearer added.

Ferdinand said, “That was embarrassing. If you get into a tournament and don’t know your best team or formation, you run into trouble. One of the biggest problems of not knowing the best England team, aside from best players or shape, is there is no philosophy. Against Iceland, there was no finesse and no inventiveness,” the former Manchester United star added. 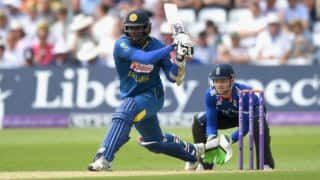