France striker Antoine Griezmann on Monday said they will win Euro 2016 on home soil but added they also need a little luck to do so.

Paris: Exuding confidence over his side, France striker Antoine Griezmann on Monday said they will win Euro 2016 on home soil but added they also need a little luck to do so. The Atletico Madrid forward is one of the key men for Didier Deschamps’ side this summer and he is quite confident of what his team-mates can achieve. “We have great players that play in great teams, so I think we have the squad to win it,” Griezmann was quoted as saying by goal.com. “But we will have to be strong, we’ll have to win our three first games and then, we will see what can happen.”

“There’s a good atmosphere and it’s a great group. There are lots of jokes in the dressing room and we like each other’s company. And you can see it on the pitch. We really go 100 per cent for each other and we always try to help our team-mates,” he added. Describing his colleagues, the 25-year-old said “We have young guys and we also have the experienced guys. There’s Patrice Evra, Huge Lloris.. players like that who talk a lot to the dressing room, and then we have Kingsley Coman, Anthony Martial and Paul Pogba who are a little bit… let’s say crazy. But it’s good for France.”

Though Griezmann is confident of his side pulling it off, he said countries like Germany, Spain and Italy are a huge threat. “There’s Germany, there’s Spain. I’m sure Italy will be in the last four. And then, we will have to have some luck on the difficult moments,” he said. The former Real Sociedad marksman also highlighted the similarities between his club coach Diego Simeone and Deschamps saying they both know how to boost a player’s confidence at any given point of time.

“Everybody has their own style,” he said. “That’s no problem for me. I like both. Simeone gives everything on the bench and Deschamps is quieter. But both of them speak directly to your face if they want to say something to you and both know how to boost confidence at any given time,” he added. 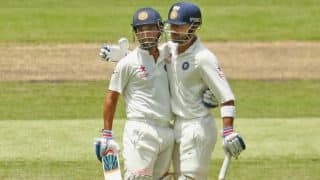 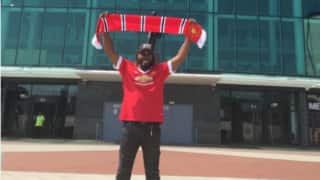