Salah coached the national team between 1990 and 1993 and had ruled out Bielsa without further explication considering not the right moment for Bielsa to join the club.

Santiago: Argentine Marcelo will definitely not take over as Chile’s new coach as a replacement for Jorge Sampaoli, announced the Chilean football president Arturo Salah. “We rule out the Bielsa option. We are looking for more alternatives,” said Salah on Sunday before heading to Paraguay to participate in the South American Football Confederation (Conmebol) elections, reports Xinhua. Salah, who coached the national team between 1990 and 1993, had already ruled out Bielsa in a letter where, without further explication, he said that it wasn’t the right moment for Bielsa to join the club.

The 2015 Copa America champions are looking for a new coach after Sampaoli’s whirlwind departure from the club due to a series of disagreements with the country’s football federation. This came about after former president Sergio Jadue controversially resigned in November 2015 due to his involvement in the FIFA corruption scandal.Sampaoli officially left the club on January 19, weighed down by details of his multi-million-dollar contract becoming public knowledge around about the same time Jadue resigned.

Bielsa, who coached the Chilean national team between 2007 and 2011, successfully led the team through the 2010 World Cup qualifiers. Argentinians Eduardo Berizo, the current Celta de Vigo coach, and Alejandro Sabella, former Argentina coach, have been mentioned as other possible candidates. Chile is worried about the lack of coach situation especially because of the upcoming 2018 World Cup qualifiers against Argentina and Venezuela in March. 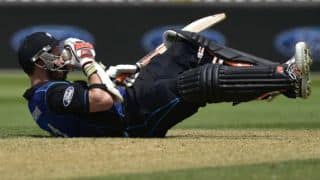