Sports Minister Aroop Biswas on Wednesday said renovation at the Salt Lake stadium would be completed by September in 2016.

Kolkata: West Bengal Youth Affairs and Sports Minister Aroop Biswas on Wednesday said renovation at the Salt Lake stadium for the upcoming Under-17 World Cup in 2017 would be completed by September in 2016. The iconic stadium which is in the running to host the final of the mega event is undergoing a major face lift. “They have given us time till October 2016. But the work will be completed a month before the deadline. Work is in full flow now and it is going as per plan,” Biswas told reporters here at an event where he was accompanied by junior sports minister and former India cricketer Laxmi Ratan Shukla.

Biswas and Shukla were feliciated at the event organised by the Bengal Olympics Association. They were handed mementos, gifts and flower bouquets. Asked as to where Atletico de Kolkata (ATK) would play their home games and if the East Bengal, Mohun Bagan derby will be shifted as the Salt Lake stadium will go under the supervision of FIFA from October, Biswas said: “We do not know as of now. Whatever FIFA will tell us, we will abide by that.”

Since this is the year of Olympics, Biswas also stressed on the importance of highlighting sports like shooting, archery, swimming so that the state can have more international athletes in the next few years. He also added that new running tracks will be laid at the Salt Lake stadium. 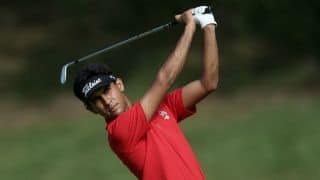 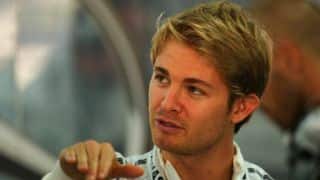 Nico Rosberg expresses desire to work with Mercedes beyond 2017