Xhaka has been the skipper of Monchengladbach since last September

Arsenal have boosted their midfield for the next football season with the signing of Borussia Monchengladbach’s Granit Xhaka with a long-term contract on Wednesday. British media have reported the transfer fee to be around 30 million euros ($33.4 million). The 23-year-old Swiss midfielder arrives from Monchengladbach, who he captained to fourth place in the Bundesliga last season and Champions League qualification in the past two seasons.

“Arsenal have reached an agreement with Granit Xhaka to join the club on a long-term contract for an undisclosed fee,” Arsenal said in a statement.

“Xhaka has completed his medical and will join up with his new team-mates after Euro 2016 (between June 10-July 10). The transfer is subject to the completion of regulatory processes, with Xhaka’s contract with Arsenal commencing on July 1, 2016.”

Arsenal head coach Arsene Wenger said: “Granit Xhaka is an exciting young player, already with good Champions League and Bundesliga experience. We have been watching him for a long time now and he is a player who will add quality to our squad. We wish Granit a good Euro 2016 with Switzerland and look forward to welcoming him to Arsenal ahead of next season.”

Xhaka, who has made 41 international appearances for Switzerland, joined Monchengladbach in 2012 from his hometown club FC Basel where he spent 10 years, progressing through the youth ranks. During his time with Basel, Xhaka won two Swiss League titles and the Swiss Cup in a Double-winning season in 2011/12. Xhaka termed joining Arsenal as “a dream come true” moment. 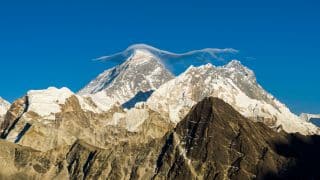