Arsene Wenger added, "Maybe a team that nobody expects now will come next season and surprise everyone."

London: Arsenal manager Arsene Wenger reckons that smaller clubs in the English Premier League now have the potential to replicate Leicester City’s astonishing efforts this season. Leicester went onto achieve the unimaginable this year by winning the title with two games to go and just 12 months after warding off relegation. “Let’s go back to the start of this season,” Wenger was quoted as saying by goal.com on Sunday. Predictions were: number one Chelsea will win it again. Number two, Manchester City. In the end any pundit who would have predicted Leicester would have met the response: ‘Stop your job and do something else’. And that is what can happen again,” he added.

“Maybe a team that nobody expects now will come next season and surprise everyone. All the English clubs have the money to buy now.” Wenger added that Leicester are by no means a poor club but they have done exceedingly well with lesser resources. “In a few years the potential in England will be much more shared than everywhere else and you can get more surprises,” he said. “Let’s not forget Leicester are not poor. If you go to the car park of Leicester, you will still see some nice cars. But they’ve done extremely well with less resources and their efficiency level between money spent and results are by far the best in Europe, and you have to give them credit for that.” 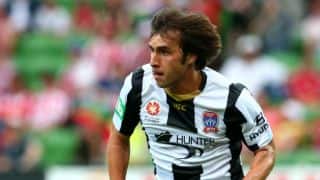