Argentinian legend was a very quiet and shy boy according to Iago Falque, AS Roma left winger.

Rome: Italian football club AS Roma’s Spanish left winger Iago Falque, who grew up in the youth ranks at Spanish champions FC Barcelona, has said that superstar Lionel Messi was a “very shy boy.” Falque also praised Spanish coach Pep Guardiola, who was his coach at Barcelona B, reports Efe. The Spanish winger said on Monday he never trained with Messi, but he knows the Argentinian star was “a very shy and quiet boy” when they went to the academy together. Falque indicated that he is happy with playing at a “top club” like Roma, although the Spanish player has never played with the first team of Barcelona. Roma is currently placed third in Serie A standings with 60 points, 10 points behind leaders Juventus and seven points after runners-up Napoli. 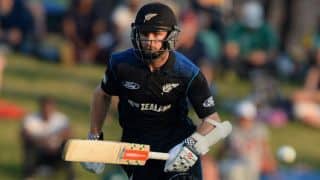