Michael Collins started his career with Huddersfield Town with whom he spent six seasons.

Bengaluru: I-League side Bengaluru FC on Thursday announced that the football club would be replacing injured midfielder Joshua Walker with fellow English midfielder Michael Collins. Walker, who missed the first two games of the season with a knee issue, faces a long injury layoff to keep him out for the rest of the season, prompting coach Ashley Westwood to call up a replacement. The 29-year-old Collins started his career with Huddersfield Town with whom he spent six seasons, playing 173 times and scoring 19 goals. “I’m very excited to start this chapter of my career. I got a call from the gaffer who gave me a lowdown about the League and more after which I had a word with my family and decided that this is the right time in my career to try something new. I’ve even been speaking with Josh who keeps filling me in,” Collins said in a release.

“It’s under unfortunate circumstances that we have to replace Josh with another player but this is a short, congested season which means we had to move quickly. We’ve done our due diligence on Michael and I’ve spoken with former coaches, players and current scouts on the basis of which I’ve made my choice,” coach Westwood said. “Michael has more than 300 games in English football under his belt, is a good character and will be a good example of a professional to everyone around,” he said.

Collins is slated to arrive in the country over the coming week, ruling him out of the club’s first home game against Shillong Lajong on Sunday. Bengaluru have won their opening matches and are currently second on the standings. 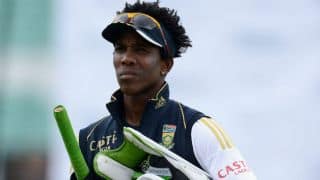