Rio de Janeiro: Brazil’s U-23 star Gabriel Jesus netted his fourth goal in six matches as Palmeiras defeated 10-man Flamengo 2-1 in Brazil’s Serie A football championship. The 19-year-old opened the scoring in the fourth minute by coolly slotting into the bottom corner on Sunday, reports Xinhua. Alan Patrick equalised minutes later with a long-range effort. Cesar Martins was sent off for a deliberate handball inside the penalty box in the 70th minute and Jean converted the resultant spot-kick. The result at the Mane Garrincha stadium in Brasilia lifted Palmeiras to fourth in the 20-team standings while Flamengo dropped to fifth. 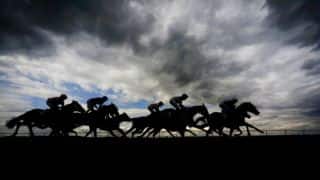