Chile is in the hunt for a full-time coach for its national team and won't name an interim coach.

Santiago: Chile is in the hunt for a full-time coach for its national team and won’t name an interim coach, the country’s football association (ANFP) president Arturo Salah has said. “We are working so there will not be an interim coach. We have looked for alternatives and worked very hard on this but I can’t give any names,” said the president on Wednesday, reports CMC. Salah arrived in Chile after participating in the South American Football Confederation’s (Conmebol) election and confirmed he is still looking for a coach for Chile’s national team since Jorge Sampaoli resigned on January 19.

“We are very worried. It is our priority and when we have concrete information, we will let everyone know,” added Salah. Chile, the current Copa America champions, were forced to begin the search for a new coach after Sampaoli’s eventful exit. Sampaoli resigned after a series of disagreements with ANFP officials which came about after the former president, Sergio Jadue, controversially left the organisation due to links with the FIFA corruption scandal.

Details of Sampaoli’s multi-million-dollar contract had been leaked around the same time as Jadue resigned. Many people believe this to have caused Sampaoli’s departure last week. Salah also commented on the Conmebol election and the new president of South American football, Alejandro Dominguez. “Its a new list, new people and it is our job to pay attention. Everyone’s goal is to make everything transparent,” said Salah. “The decision was made to support a single list of candidates and we hope that the new president will help to rebuild trust,” concluded Salah, alluding to the corruption cases that haunt South American football. 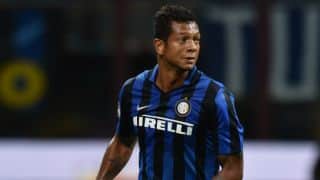