The first game of CSL 2016 will be played between Guangzhou Evergrande and Hebei China Fortune.

Beijing: After splashing out close to $300 million during the winter transfer window, the Chinese Super League (CSL) will kick off its new football season on Friday with five-time defending champions Guangzhou Evergrande taking on Hebei China Fortune. The CSL has drawn global attention over the past months, snapping up big name footballers with the most money in the international transfer market. It is expected that the splurge will help improve the level of the CSL and may change the hierarchy in the new season, reports Xinhua. Evergrande may find it difficult to win a consecutive sixth CSL title, as many other teams have landed world-class recruits ahead of the new season. The 42 million euro’s signing of Jackson Martinez from Atletico Madrid has not repayed yet as Guangzhou suffered a worst start in the Asian Champions League with a draw and a loss in two matches.

Jiangsu Suning are tipped as the No. 1 challenger. The Nanjing-based club lavished a record 50 million euros (about $54 million) to buy Brazilian star Alex Teixeira, only days after its 28-million euro (about $30 million US dollars) purchase of Ramires from Chelsea. Zhang Jindong, president of Suning Commerce Group which owns Jiangsu Suning, said last month bluntly that he hopes his investment can draw more attention from the public. “We think it is worth spending the money if it can improve the Chinese football,” he said. “If we can build the foundation well, I am sure we can realise our goal to win the Chinese Super League in three years, and lift the AFC Champions League trophy in five years.”

However, opinions vary on whether the huge investment and foreign talent are enough to boost the standard of the national team. Some even argue that expensive imports would impede the development of Chinese soccer. A proof is that the Chinese men’s national team is on the verge of elimination from the 2018 FIFA World Cup. China, who are third in their qualifying group behind Qatar and Hong Kong, face the Maldives at home on March 24 and Qatar on March 29. They need to win both games to keep alive their hopes of qualifying. 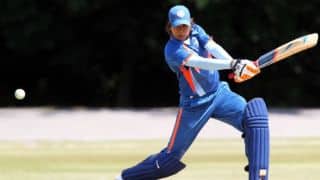