Italy international Claudio Marchisio will also miss Euro 2016 after he suffered a knee injury while playing for his club Juventus.

Italian football champions Juventus on Sunday insisted that midfielder Claudio Marchisio’s recovery from a knee surgery is on track, despite reports he’s had a setback. The 30-year-old was absent from Saturday’s Serie A title celebrations party, and it was reported that he had suffered complications in his recovery from a cruciate ligament injury. The surgery took place on April 19. Il Tempo even reported that the Italian international could require a new operation, but his club has moved to dismiss those fears. ALSO READ: Gianluigi Buffon, Andrea Barzagli offered contract extension by Juventus

“Having missed out on yesterday’s Scudetto ceremony as a precaution, Claudio Marchisio is continuing his rehabilitation regime at Juventus Center following knee surgery last month,” Juventus said in a statement. “Inflammation of the knee after the operation had delayed the first stage of the midfielder’s specialised fitness programme and arthroscopic cleansing was also required. Upon gradual improvement of Marchisio’s current state, Juventus’ medical staff still expect the 30-year-old to make a return to training in the six month-period originally forecasted,” according to the statement.

Marchisio is supposed to return to the pitch in October. 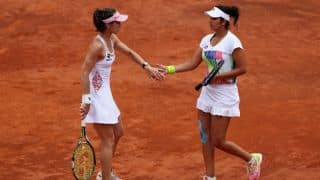