It is the third final in as many years for Messi and his teammates, who suffered agonizing defeats in the 2014 World Cup final against Germany and to the Chileans on penalties in Santiago in 2015.

New York: Lionel Messi will bid to gild his legacy as the greatest footballer of his generation here Sunday by ending Argentina’s 23-year wait for a major title in a dream final against holders Chile in the Copa America Centenario. For Messi’s many millions of admirers, the five-time world footballer of the year has already achieved enough in his glittering career to be considered in the same bracket as Pele and Diego Maradona. Yet the only hole in the Barcelona superstar’s CV – a major tournament title with Argentina – is invariably, and somewhat unfairly, cited as a justification to delay his elevation to football’s pantheon.

That could all change on Sunday before a sell-out crowd of 81,000 at East Rutherford’s MetLife Stadium, the home of the NFL’s New York Giants, when Argentina face the Chileans in a rematch of last year’s Copa America final. It is the third final in as many years for Messi and his teammates, who suffered agonizing defeats in the 2014 World Cup final against Germany and to the Chileans on penalties in Santiago in 2015.

On each occasion, Messi has borne the brunt of the backlash from critics in Argentina who trot out a familiar laundry list of grievances. He has no passion. He doesn’t sing the anthem. He doesn’t “feel” the shirt. Barely a ball had been kicked in this Copa America before Maradona, a regular sniper, accused him of lacking “personality” and “leadership.” Maradona amped up the rhetoric this week shortly after Argentina booked their place in the final with a 4-0 demolition of the United States.

“We will certainly win on Sunday… and if we don’t win, they shouldn’t come back,” Maradona told an Argentinian television network. Messi is not above being angered by the criticism. “I get annoyed by the people who attack you without thinking,” he said in a recent interview. “We got to two finals. We didn’t win. What can you do? But we got to the final. It’s not like we lost in the last 16.”

So far in the United States, Messi has shown no sign of being overburdened by the pressure to end Argentina’s wait for a title. After missing Argentina’s opening group match – a 2-1 win over Sunday’s opponents Chile – he scored an electrifying 19-minute hat-trick against Panama after coming on as a substitute before going on to equal Gabriel Batistuta’s Argentina goals record in the 4-1 quarter-final win over Venezuela.

Against the US on Tuesday, he scored a magnificent curling freekick to become his country’s leading international goalscorer with 55, while setting up two more goals in a magical all-round display. He even found the time to sign the shirt of an autograph-hunting fan who sprinted onto the pitch at the start of the second half. His smiling, laidback demeanor however masks a fierce determination to lift the title, revealing that Argentina have become a more formidable unit since suffering the pain of multiple final defeats.

“It’s been almost a year since the last Copa America, and I think that made us stronger as a group, and as a team,” Messi said. “We grew a lot, in a lot of ways, and above all, even though we didn’t win, it helped us.” Yet while Argentinian fans – and many neutrals – will be willing Messi to victory, Chile have shown that they are more than capable of pulling off another ambush.

Since the opening loss to Argentina on June 6, the Chileans have improved with each game to compile their best run of results since Juan Antonio Pizzi replaced Jorge Sampaoli as manager in January. They humiliated Mexico with a 7-0 thrashing in the quarter-finals and polished off Colombia 2-0 in the semi-finals. “They attack and defend with great intensity, and if you make a mistake they can punish you,” Colombia coach Jose Pekerman said after the semi-final loss.

A dynamic, combative midfield led by Bayern Munich star Arturo Vidal will ensure that Argentina’s skilled attackers such as Messi, Nicolas Gaitan and Ever Banega have nothing like the freedom to operate they have enjoyed so far. And Chile’s razor sharp attack, which features tournament top scorer Eduardo Vargas (six goals) and Arsenal star Alexis Sanchez, should also pose more questions than Argentina’s back four has been required to answer en route to the final. 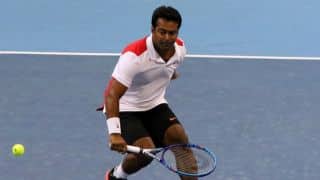