The United States advanced to the Copa America Centenario football quarter-finals for the second time with a 1-0 win against Paraguay.

Philadelphia (Pennsylvania): The United States advanced to the Copa America Centenario football quarter-finals for the second time with a 1-0 win against Paraguay at Lincoln Financial Field despite playing the final 42 minutes with just 10 players. Clint Dempsey scored in the first half to put the US in front before De Andre Yedlin was sent off early in the second half on Saturday. Paraguay were eliminated in the group stage for only the second time in the last 10 editions of Copa America. Paraguay had a golden chance in the 11th minute, attacking three-on-one. The US centre back John Brooks stayed in position before delivering a perfectly timed tackle on Miguel Almiron as part of a Man of the Match performance.

The decisive moment came in the 27th minute when Dempsey arrived right on time inside the box to smash it past goalkeeper Justo Villar for his second goal of the tournament. The US goalkeeper Brad Guzan had to make one crucial save late in the first half, getting low to deny Dario Lezcano, but he was far busier in the second half, finishing with seven total saves, after Yedlin received yellow cards in the 47th and 48th minutes. Paraguay did mount several late threats. The most dangerous came in the 82nd minute, as Jorge Benitez shot was well saved by an agile Guzan. Paraguay continued to threaten but the US held on to book its spot in the quarter-finals. 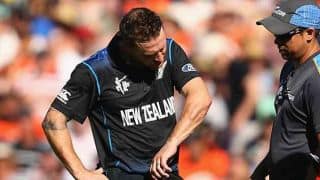