Three of France's four goals have come beyond the 89-minute mark and they are still struggling to find the right system to suit their players.

Neither side have hit top form in the competition just yet. Three of France’s four goals have come beyond the 89-minute mark and they are still struggling to find the right system to suit their players. Switzerland, meanwhile, have taken four points from their opening two matches and should qualify even if they lose this fixture. They look a fairly sub-standard team and France should have the capablity to beat them even if they aren’t playing well themselves. France are unbeaten in their last six matches against the Swiss, although three of those have ended in draws. They ran out 5-2 winners when they faced off at the World Cup in 2014 but it seems incredibly unlikely they will have the same joy on this occasion. Join Daily Fantasy League & Win Daily Prizes: CricketCountry.CricBattle.com

Albania have to win to have any hope of qualifying for the knockout stages as one of the best third-placed finishers. They are one of seven nations that have yet to score in the competition and they will need to find their shooting boots in this fixture. Romania also need a win to help secure their place in the knockout stages having ony taken one point from their first two group games. AnghelIordanescu’s side have already conceded more goals in their opening two matches (3) than they did in the whole of qualifying (2).Romania are unbeaten in their last 13 matches against Albania and have won 10 of those. They are firm favourites for this fixture and have all the tools to secure their first win of the tournament.

Best economical pick – The Romanian striker Bogdan Stancu Bogdan became the first Romanian to score twice at a European Championship converting penalties in both the matches with ease. He is a great pick available at salary 9.

Top captains & vice captains – Olivier Giroud scored against Romania but didn’t look good against Albania. The Arsenal striker is expected to be back on track and eager to be on the score sheet against Swiss. Dimitri Payet has impressed everyone with 2 goals and 1 assist in 2 matches already, The West Ham mid-fielder scored a late winner against Romania and also a late goal against Albania securing wins in both occasions.

Smart pick –The Atletico Madrid forward Antoine Griezmann didn’t make any impact against Romania and was dropped from the starting XI against Albania but came from the bench and scored a cool header. He is a great choice for your fantasy team.

Cautions Pick –Even though Swiss’ Goal Keeper Yann Sommer looked good in first two games,you cannot make a tough choice to pick him for your fantasy points as Swiss’s defense can be vulnerable against this France attack. 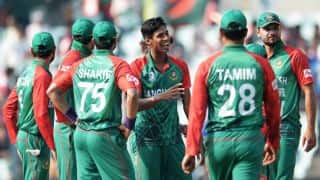