Switzerland progressed to the next round of the European Championship relatively unscathed and, having finished second in their group, earned a favorable draw in the next round of the tournament. They will hope to continue their four-game unbeaten run, though they have drawn their last two, with Romania and France respectively. Poland, like Switzerland, also finished second in their group and as such, avoided the likes of Italy, France and Spain in the last-16 stage of Euro 2016. Like their opponents, Poland are also unbeaten in their last four outings and perhaps need to be a bit more clinical in front of goal to go far in the competition. Join Daily Fantasy League & Win Daily Prizes: CricketCountry.CricBattle.com

Wales surprisingly topped Group B and will draw on the confidence gained from the 3-0 win over Russia on Monday as they look to continue their impressive European Championship campaign. The Dragons are unbeaten in their last five meetings with Northern Ireland and will hope to continue that run in Saturday’s evening kick off. Michael O’Neill’s side progressed on account of their record in the group stage to finish as one of the best third-placed teams. However, they looked far from convincing in the group stages and will need a much-improved performance to secure a place in the quarter finals when they meet Wales.

A late Croatia winner against Spain saw them top their group and, as a result, earn a more favorable draw in the route to the Euro 2016 final. They are now on a 10-match unbeaten run and have won five of seven games in 2016 and will look to continue their good performances in Saturday’s late kick off. Portugal snuck into the last-16 stage of the competition by the skin of their teeth having been forced to three successive draws. However, with Cristiano Ronaldo back among the goals, they will now hope to take their goal scoring prowess into the next round of the European Championship.

Best economical pick – The Swansea City’s defender Neil Taylor scored Wales’s second goal against Russia in their 3-0 win. He could earn you crucial points against Northern Ireland and he is only available for salary 8.

Top captains & vice captains – Cristiano Ronaldo who failed to score against Iceland and Austria has come to party in big time against Hungary by scoring two spectacular goals and also assisting Nani for the 1st goal that Portugal scored. Even though this wasn’t enough for them to beat Hungary but Real Madrid’s striker made sure that they are qualified for Round of 16. Ronaldo is expected to continue his goal fest against Croatia as well. While on the other hand, Wales’ talisman Gareth Bale has scored in each of his side’s three group games in France, breaking his country’s record for most goals at major tournaments. He could be make big impact against Northern Ireland.

Smart pick – Living under the shadows of Lewandowski, the 22 year old Ajax’ striker ArkadiuszMilik doesn’t get much attention. But he has been great so far for Poland in these 3 games with a goal and an assist to his name. He can be a surprise package for your fantasy team.

Cautions Pick –The Southampton’s mid-fielder Steven Davis hasn’t helped the cause for Northern Ireland in the group stages. He has hardly made an impact in any of the games and he isn’t a good choice for your team. 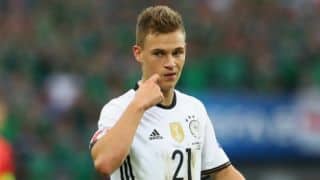