History and statistics should have made Wales the underdogs, but it’s England who come into the match on the back foot after a woefully placid end to their otherwise-impressive match against Russia culminated in the concession of a late equaliser. Whereas Chris Coleman’s men, by contrast, never really looked in danger against Slovakia even when the match result stood in the balance, and they have the luxury of going into the match knowing that even a draw will all-but-guarantee them a spot in the last 16. Join Daily Fantasy League & Win Daily Prizes: CricketCountry.CricBattle.com

Both sides suffered opening group game defeats and will need to bounce back in the race to finish in third. Ukraine are favorites on paper but cannot underestimate Northern Ireland, who qualified for Euro 2016 as group winners. Northern Ireland have never beaten Ukraine in any of their four previous meetings. The last two encounters finished 0-0, although they haven’t played each other since 2003. Few goals are expected in this match either.

Germany kicked off their Euro 2016 campaign with a 2-0 win over Ukraine on Sunday to end the weekend top of Group C. They hardly had to move out of first gear to secure victory and will focus their efforts on getting the better of Poland in Thursday’s late kick off. Poland also secured a vital three points on Sunday. These two teams met in qualifying for Euro 2016, where Poland landed a 2-0 win over Germany in one of the opening games of the group. However, that was their only win against Germany from their last six attempts as they come into this tie as underdogs. Poland have the means to find the back of the net against Germany, but Joachim Low’s side should have too much for Adam Nawalka’s men on Thursday.

Best economical pick – ArkadiuszMilik the goal scorer on Sunday, should cause the Germany rearguard a lot of problems. The 22-year-old Ajax attacker, who netted six times in qualifying, had a great start to the Euros. He is a decent pick for your fantasy team available at 8.5

Top captains & vice captains – Gareth Bale who scored from a blistering free kick against Slovakia will come into this game against England with high confidence. The Welsh man could cause problems to England’s defense and is expected to score atleast once. Thomas Muller who had an off game against Ukraine is eager to get on the score sheet and is more likely to make a big impact against Poland.

Smart pick –As Germany-Poland and England-Wales games end up having goals from both the teams. The Northern Ireland’s goal keeper Michael McGovern would be an effective pick who had a good game against Poland even though they conceded a goal.

Cautions Pick –England are favorites coming into this game even though they lost 2 points against Russia. It’s not a good idea to pick Welsh goal keeper Danny Ward as this England attack would run away with the game scoring 2-3 goals. 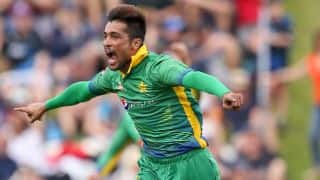 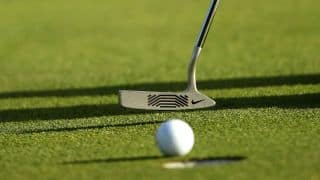