CFU is likely to become a member of the Union of European Football Associations (UEFA) considering the example of Kosovo.

Moscow: The Crimean Football Union (CFU) is likely to become a member of the Union of European Football Associations (UEFA) considering the example of Kosovo, which was accepted as a member by the governing body recently, CFU president Yury Vetokha has said. The union enjoys a special status within UEFA. The union held over the last summer and autumn the first part of its premier league. A total of eight teams from eight Crimean cities participated in the championship having played 56 matches in 14 rounds, reports Tass. “Several delegates at the UEFA Congress expressed opinion that if the issue was raised in regard to Kosovo than something must be done in regard to Crimea as well,” Vetokha said on Wednesday.

Kosovo was admitted to the UEFA at the organisation’s Congress on Tuesday. The UEFA Congress approved the decision by a 28 majority vote, while 24 UEFA members, including the Russian Football Union (RFU), voted against. Two ballot papers were declared void. “I personally do not see how our (Kosovo and Crimea) situations differ,” Vetokha said. “The ongoing developments speak for the fact that we are on the way (to join UEFA), but it is hard to say how soon it will happen.” 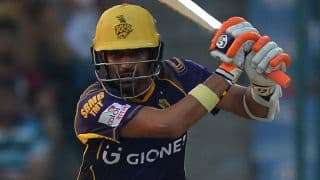