Head of the Professional Press Card Commission claims that Cristiano Ronaldo's attitude could be considered a crime against freedom of information.

Lisbon: Real Madrid’s brightest footballer Cristiano Ronaldo is facing controversy after he threw a journalist’s microphone into a lake in Lyon, France where the Euro 2016 is taking place, according to a media report on Thursday. The head of the Professional Press Card Commission, Henrique Pires Teixeira, claims that the Portuguese footballer’s attitude could be considered a crime against the freedom of information, Xinhua reported. Ronaldo was approached by a Portuguese journalist working for Portuguese tabloid TV station CMTV on Wednesday, while he was on a morning walk with his team in Lyon, asking if he was ready for the next match against Hungary.

But instead of replying, Ronaldo snatched the reporter’s microphone and threw it into the water. Ronaldo is going through a tough time following his missed penalty against Austria in the Euro 2016. Portugal needed to draw with Hungary in their final group match on Wednesday in order to pass, and Ronaldo scored twice, saving his country in Group F.

While his shining performance on Wednesday put him into the warmth of the spotlight again, he may still have to face an investigation from the public ministry for his behaviour. Ronaldo has faced controversies over disagreements with journalists on previous occasions, and said he was being continually chased in an intimidating way. 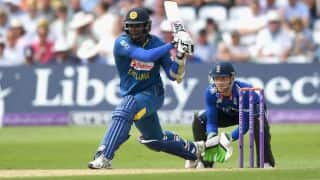 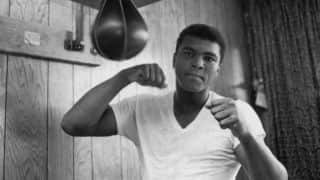