Describing Mourinho as a `winner`, De Gea said the United manager has managed to make a quick impact on the squad since joining the club.

London: Manchester United goalkeeper David de Gea believes his side can clinch this season s Premier League title under newly-appointed manager Jose Mourinho. Pointing out the appointment of many new big signings, the 25-year-old said his side has turned really strong at the moment and are ready to fight for everything. It feels like it is a new era. I think the club is really strong now. The players, we want to win everything and hopefully we can do it, Mourinho was quoted as saying by goal.com. Describing Mourinho as a `winner`, De Gea said the United manager has managed to make a quick impact on the squad since joining the club.

Mourinho is a strong character. He is a winner, one of the best managers in the world and we feel it. We are really comfortable with him. He is a strong character but he makes jokes. It is good for us to laugh and I think he is a really good manager, he added. Besides Community Shield title three years ago, United have not won the silverware since former manager Sir Alex Ferguson secured the Premier League title in his final season in charge in 2012-13.

United, however,made number of big signings this time namely, Eric Bailly, Henrikh Mkhitaryan and Zlatan Ibrahimovic and De Gea thinks that they could end the club’s title drought. United, who ended their previous campaign on the fifth place, will begin their Premier League title challenge against Bournemouth on August 14. 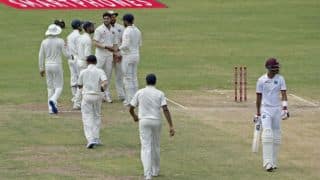