Manchester: Manchester United blamed a security contractor on Monday over a dummy bomb that caused the abandonment of Sunday’s final Premier League game against Bournemouth and left the club facing a multi-million-pound bill. The incident at Old Trafford triggered angry calls for action, with Tony Lloyd, Manchester’s mayor and police and crime commissioner, branding it “outrageous” and a “fiasco”. United vice-chairman Ed Woodward said the device had been left in error by a sub-contractor following an exercise to train dog handlers at the stadium, but was recorded as having been removed.

“The contractor had signed the device as having been recovered along with the 13 other devices at the end of the exercise,” Woodward said in a statement. “That device could not have been detected by sniffer dogs on the routine match-day search of the 100 Club (executive lounge), as it contained no explosives and was used in an exercise training handlers not dogs.”

The fake device, thought to consist of a mobile phone attached to a pipe, was discovered minutes before United and Bournemouth were due to take to the pitch and safely detonated by bomb disposal experts. United vowed to reimburse the tickets of the 75,000 fans who were evacuated. They will also give them free entry to Tuesday’s rearranged match against the south-coast side. That gesture alone could cost United more than three million pounds (3.8 million euros/ 4.3 million).

Woodward said United were working closely with Greater Manchester Police to make sure “robust security measures” would be in place for the rescheduled fixture. Lloyd said: “It is outrageous this situation arose. A full inquiry is required to urgently find out how this happened, why it happened and who will be held accountable.

“This fiasco caused massive inconvenience to supporters who had come from far and wide to watch the match, wasted the time of huge numbers of police officers and the army’s bomb squad, and unnecessarily put people in danger, as evacuating tens of thousands of people from a football stadium is not without risk.”
Following the controlled explosion, police announced that the suspect device was “incredibly lifelike” but “wasn’t viable”. British media named the company that left the device in the stadium as Security Search Management and Solutions. Christopher Reid, owner of Security Search Management, told Sky News that he was “devastated” about what had happened. “The mistake is entirely mine,” he said. “I have to take full responsibility.”

The incident left a number of spectators deeply disappointed. About 3,500 Bournemouth fans made a 500-mile (800-kilometre) round trip to Manchester to see their club’s first league game at Old Trafford. Bournemouth manager Eddie Howe told the local Daily Echo newspaper: “It was a real anti-climax to a day everyone had been looking forward to. “But all those disappointments and emotions really go out of the window when you think about the supporters and everything they have put into the day — financial costs, time, effort.”

Bournemouth have offered free coach travel for supporters travelling to the rearranged game.

Sunday’s incident was United’s second security scare of the week after their team bus was pelted with cans and bottles by West Ham United fans on Tuesday. The Manchester United Supporters Trust said it had raised the money for a fan who had travelled from Sierra Leone to see his first Old Trafford game to get a ticket for next Saturday’s FA Cup final against Crystal Palace at Wembley.

The trust said it had rearranged flights and found hotels for the fan, named as Moses Momodukamara. Players from the two teams were warming up on the pitch when the game was cancelled and were quickly led back to the changing rooms. “What happened in Old Trafford this Sunday left all of us who were there absolutely shocked,” United’s Spanish midfielder Juan Mata wrote in a blog on the club website.

“It helped not to spread panic around, although all of us had a very odd feeling; something like strain mixed with a lack of understanding. “I feel sorry for all those people who had to go back home without watching the game,” Mata said. England manager Roy Hodgson said the calm and orderly nature of the evacuation had been reassuring.

“Although the bomb itself turned out not to be one, it’s still good to see the authorities are really on the ball and doing their job,” he said during a press conference on Monday. 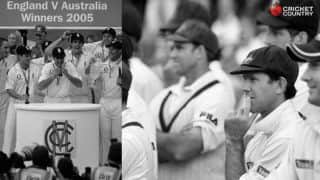