Chelsea’s outgoing head coach Guus Hiddink believes the dominance of the top four football clubs in the English Premier League might come to an end now that Leicester City have been crowned champions. Manchester United, Manchester City, Chelsea and Arsenal have shared in between them all Premier League crowns since 1995 until unfancied Leicester won the league this season.

However, the 69-year-old, who will be replaced by Italian Antonio Conte, also said he believes Chelsea will be atleast in the top four next season. “I have full confidence they will go up to where they belong and that is fighting for silverware and being at least in fourth, third, second or first position,” he said.

“It won’t be easy. This season we are all aware what other clubs can do as well. We have seen Leicester and Tottenham (Hotspur) and also West Ham (United) doing well.”

Hiddink also offered an opinion on veteran defender and club captain John Terry who is currently considering a new contract from the club. “I am happy they are in contact and they are talking. That’s good. I don’t want to speculate but personally I hope they will manage to come to a solution. Although he is 35 he is still physically and mentally very fit. He can contribute a lot,” Hiddink said. 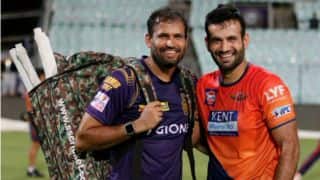 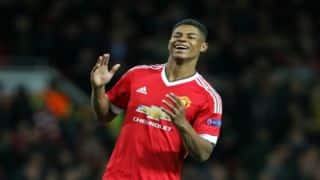