The Euro 2016 Group B encounter between England and Russia ended at 1-1 after the final whistle.

At least 35 people have been injured over the weekend in riots between English and Russian football fans in Marseille a few hours before two countries’ match at the Euro 2016. Four of the injured on Saturday night are in critical condition, including a 50-year-old Englishman who is now battling for his life, reports Efe. The match ended 1-1 on Saturday. Police official Laurent Nunez said in an interview with France Info station on Sunday that security forces have eight suspects. The number of detainees is expected increase in the coming days, according to French interior ministry spokesperson Pierre-Henry Brandet, who added that security forces will review video footage of the clashes to identify the perpetrators.

Justifying the small number of arrests, Brandet said the police intervention in Marseille occurred in an open area that had tourists and passersby, forcing the police to proceed with caution.

In view of what happened in Marseille, Brandet said security measures will be “strengthened” during the Euro 2016 Group D game between Turkey and Croatia on Sunday night. 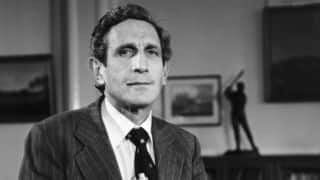